I want to give Sega credit for two bold moves: First, the company’s released the fourth game in its handheld dungeon-crawler JRPG series 7th Dragon in the West, making it the first in the series to leave Japan. Second, bless the people at Sega who saw that title and didn’t change a thing. They are the real heroes.

I am, admittedly, not super well-versed in the dungeon RPG genre, but I found myself surprisingly compelled during my playthrough of the game. While 7th Dragon III never really pushes itself too hard and feels unambitious at times, the gameplay has many small touches that make for a genuinely exciting experience.

This game’s story is a follow-up to the previous two entries in the series: 7th Dragon 2020 and 7th Dragon 2020-II (the second one has Hatsune Miku in it!), both of which were available on the PSP. In those games, ancient dragons invaded Tokyo in the year 2020, and it was up to a team known as Unit 13 to defeat them. 7th Dragon III takes place in the year 2100, 80 years after the last dragon invasion. A company called Nodens has created 7th Encount, a new VR attraction that’s the talk of Tokyo. In 7th Encount, players go back to the Tokyo of 2020 and fight the invading dragons and monsters. Of course, the game development angle is all a front for Nodens to find the strongest fighters to prepare for the upcoming – yet unknown to the general public – dragon invasion. This particular invasion will awaken the legendary 7th Dragon, VFD, that will give humanity a real bad time. Even the dragons from 80 years before are causing problems for the humans of 2100. Dragonsbane, a flower spread by the dragons, still exists in the world. These flowers spread a toxin that causes Dragon Sickness in humans, a deadly disease that is, at the moment, incurable. 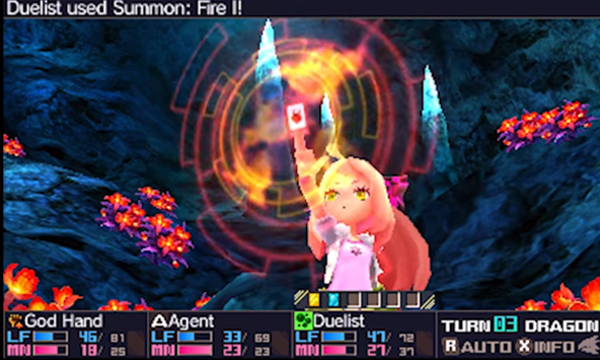 The story begins with your created character going to 7th Encount, only to be turned away for not having a ticket. A kind girl with Dragon Sickness named Mio gives you her extra ticket, and after making two more characters to form a trio, the characters ace the 7th Encount simulation. Surprise! You’re the strongest and the best, and you need to help fight dragons! From there, the heads of Nodens draft your team and explain their plan for fighting off extinction: Using time travel, your brand new Unit 13 will travel to 10,000 BC to Atlantis and to a new land called Eden in the year 7200 AD. These times and places are the points at which other Legendary Dragons have awoken, and your team is tasked with gathering samples of the beasts in order to complete the Dragon Chronicle, a database that will theoretically give Nodens the info they need to defeat VFD.

Unfortunately, the story never really blossoms beyond its basic premise. The writing is quite good for some characters, including the refreshingly openly gay scientist Julietta, but the story doesn’t do much to compel. There’s no story voice acting beyond a few random voice clips, and many of the plot points are predictable and tropey. Despite the game’s premise of worldwide extinction and vast swaths of time travel, the scale is quite small. In Tokyo, players only get to explore the Nodens HQ, and even Atlantis and Eden are limited to a few buildings. The story actually isn’t bad; it just never even attempts to reach its true potential.

Despite the lackluster story, the gameplay is surprisingly refreshing. Players create characters similar to Etrian Odyssey; there are several classes to choose from, and each class has a male and female character. The male and female have two different designs and six different colors, although any character can be used with any class. On top of that, the game features dozens of voice actors, which is great… except for the fact that they rarely ever speak during battles. 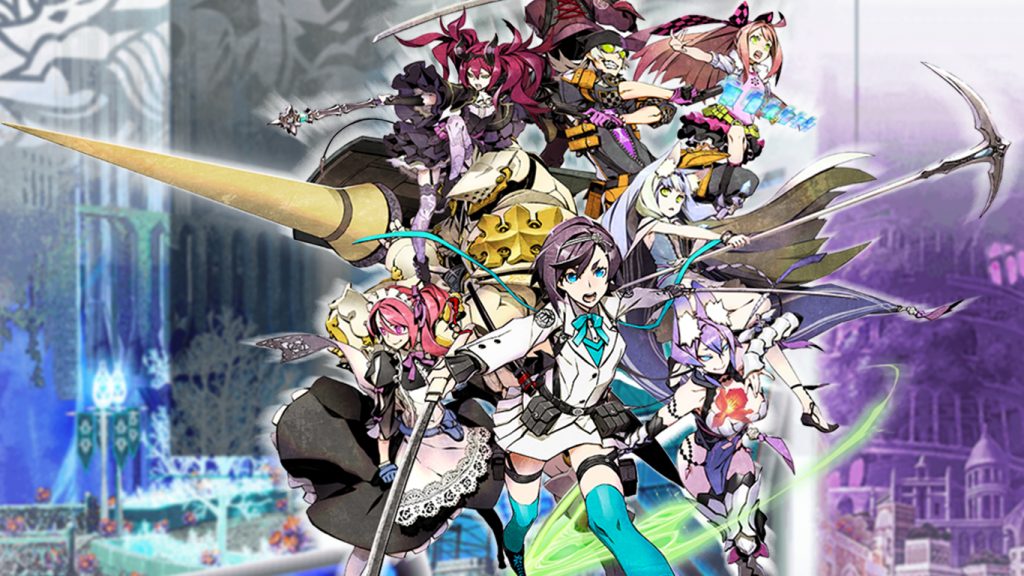 The game’s real achievements lie in the battle systems. The classes in this game are some of the most interesting and creative I’ve personally seen in a JRPG. A few are relatively straightforward, like the sword-swinging Samurai class, but most of them have some sort of cool hook to them. My personal favorite, God Hand, is a class that can heal and buff characters – and uses punches to attack. Special moves, like Jab, add a stack of God Depth to an enemy. The more stacks an enemy has, the stronger punch combination your character can land. It works in concept like a boxing match: you land a jab, it connects, and you open them up to a hook or body blow.

Another standout class is the Duelist. Their spells and abilities rely on Fire, Lightning, and Ice cards. The Duelist starts the battle with a few cards, but can draw more during the battle, and, depending on the combination of cards, can summon beasts, set traps, and create fields that weaken enemies to specific elements. Eventually, players can have three teams of three characters in their party at once. The back six characters have gauges that fill up during battle that, when full, can be used either offensively to break enemy buffs, in groups of three to buff or heal your team, or all nine at once to unleash a devastating Unity attack that lets each character use one ability for free.

Each class has something smartly designed about it, and the game’s true depth comes from figuring out the best team combinations. VFD is never too difficult, but that isn’t necessarily a flaw. I lost many battles, but whenever that happened, I either rethought my strategy or escaped and reworked my team. Each loss felt like it was my fault, and I needed to approach the fight from another angle. I never had to grind to progress, which helped keep the pace going strong.

The actual dungeons are explored from a third-person perspective, and each one has pre-designed layouts. On top of the random encounters, strong dragon enemies can be seen wandering the overworld. They can be avoided, but they also “move” closer to you during battles if you are near them, meaning you can be fighting random rabbits and frogs and, if you don’t end the battle quick enough, a dragon will join the fight. The dungeons are shockingly straightforward, offering little in terms of puzzles or exploration. This means the only difficulty comes from the skill you possess with fighting dragons. The battling is good enough to keep the game interesting, but I would have appreciated more interactivity within the dungeons themselves. Outside of the dungeons, your headquarters at Nodens can be upgraded by trading a currency known as Dz (you earn one Dz for each dragon you kill) to build new floors to the building, with everything from an evac floor to a cat café (!!!). Using these upgrades, you can unlock new items and skills to take back into the dungeons. 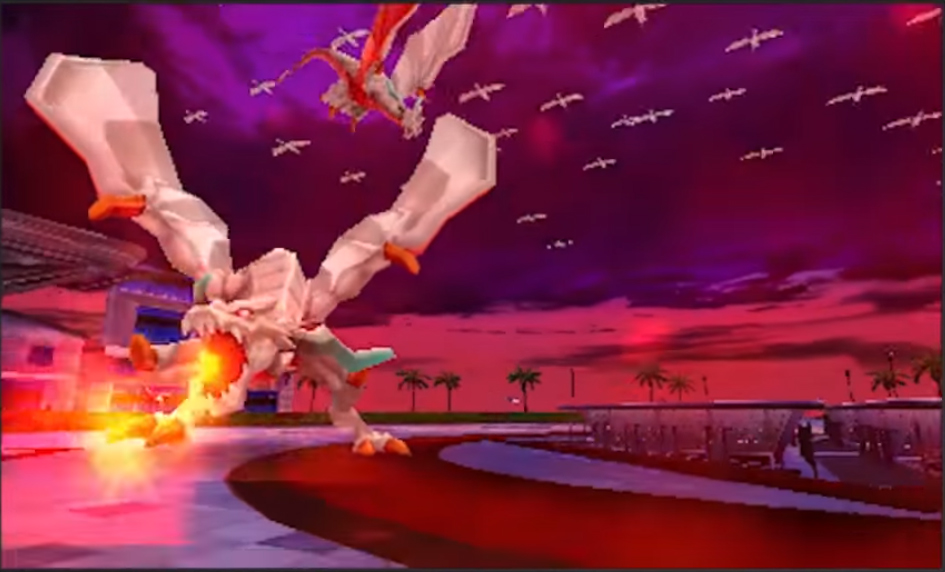 And here’s one more point about gameplay that should be mentioned: There are so many small touches that make this game’s pace snappy, yet fluid. For one, you can earn various skills – like heals, revives and repellants – to keep enemies away, and you can use them without draining your items or mana. Instead, you simply rest back at Nodens to refill these skills. Another small detail that I really came to enjoy is that when a character levels up, he or she has all of their health and mana refilled. Since characters level up once per floor or so, you never feel like you have to retreat every time you make any progress. You’ll start a fight with low health, manage to win, and have half your characters totally refreshed. I also appreciate the abundance of items, as well as their low cost in the store. Often in RPGs, I suffer from the “I’ll save these items for a hard battle” mentality and never actually use them, but in VFD I’m constantly using items while not worrying about hurting my future progress. Throw in the ability to warp around the world easily, and this game never drags and never feels like a slog.

In terms of presentation, 7th Dragon never tries too hard. Nothing is outright bad, but there isn’t a ton of effort put forth in graphics. Every story character has one (and only one) piece of art that displays during cutscenes, and the models, although cute, are never too animated or expressive. The music ranges from grating to wonderful. In fact, the theme that plays during major boss fights is astounding, but after a few hours, the Nodens theme becomes a bit tedious. 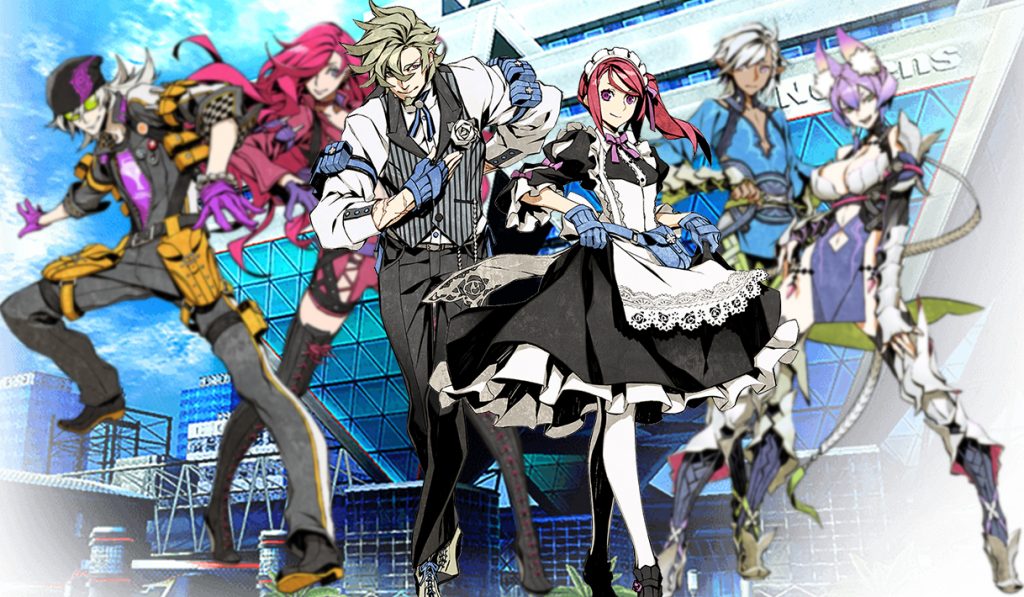 Those dozens of voice actors must have appreciated the easy paycheck, because there is a disappointingly low amount of voice work for a game that makes such a big deal about their cast. Your created characters are addressed by story characters interchangeably, meaning whoever is your current party leader is the one that others speak to, even if that character has never been spoken to before. Just like the story, much of the presentation feels like a missed opportunity, and, whether it was low ambition or low budget, just a bit more effort would have helped the whole package immensely.

7th Dragon III Code: VFD is like a very good grilled cheese. It’s not too exciting, not much to look at, and isn’t the most filling thing in the world, but when you want a grilled cheese, nothing in the world is better. This game never lives up to its setup, and even though the world is rather small in scale, the class systems in place offer some truly smart and exciting ideas. It’s honestly a joy to level up characters, unlock new skills, and figure out the various ways you can combine the abilities of your team to create awesome combos. If you’re looking for a JRPG with a huge cast of characters and an engrossing story, this isn’t it – but if you’re looking for a game that has a good pace and you’re excited by the prospects of fun new skills that try a lot of innovative ideas, I highly recommend giving VFD a shot.