While we knew Wreck-It Ralph 2 was almost a certainty, thanks to comments from both the returning composer and John C. Reilly, the sequel has finally been confirmed by Disney on Facebook Live this morning. It will release in American theaters on March 9th 2018.

The follow-up will move the action into a more modern era, as “Ralph leaves the arcades and wrecks the internet.” Sarah Silverman and John C. Reilly will be returning to voice Vanellope and Ralph respectively. You can check out the first piece of concept art below: 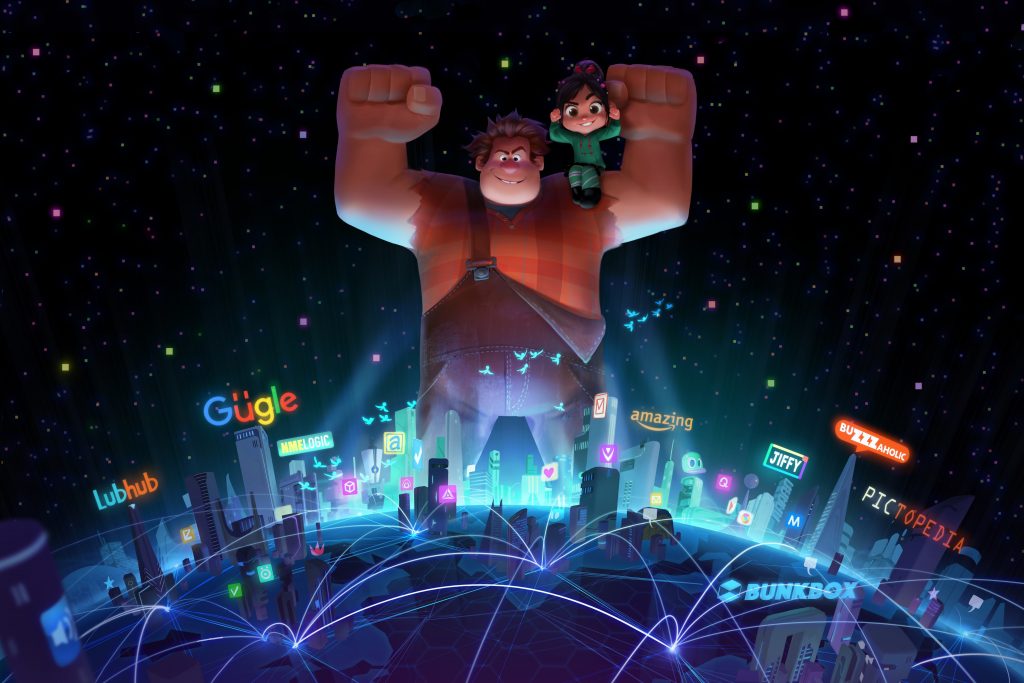 Of course, the best thing about this announcement is that it opens the gateway to speculation, as the first movie was filled with cameos from the blatant Sonic appearances to the far more obscure nod to Bentley Bear from the Atari game Crystal Castles. Who knows what’ll show up in the sequel, which will have an even wider range of games to reference.

The most likely appearance is Mario, given that director Rich Moore wanted him in the first film but couldn’t find a substantial enough role for the character. Even as recently as March of this year he said Mario wasn’t beyond the realms of possibility, thanks to a “good relationship with Nintendo.”

Even the title could be a blatant Nintendo reference, with Moore saying in an interview with Collider that he’d be all for the title “Super Wreck-It Ralph”, but as the story focuses more on the internet this time around it may not make the cut.

It makes us wonder what other Nintendo characters could show up, though. Could Link appear in the background? Will Samus save the day? Not to mention Pokémon and Animal Crossing, both of which have had heavy online components in recent years.

We’ll be sure to bring you the news if and when Nintendo cameos are confirmed for the newly announced sequel, but for now mark down March 9th, 2018 in your calendars!