The Nintendo Badge Arcade’s week-long Zelda celebration continues with two repeat catchers from The Legend of Zelda: Twilight Princess! There are also three repeats containing various Fire-type starter Pokémon for those that missed them the first time around. 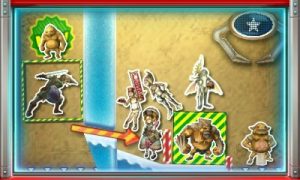 Speaking of the new Fire-type Pokémon, today’s both the first and final day they will be made available, so be sure to catch ‘em while they’re hot! You also have two days until a majority of the Zelda catchers are cut from the rotation. I’d personally make it a point to add Aquamentus to your growing 8-bit collections. This week marked the first time his badge has appeared in the arcade and there’s no telling when he’ll be back.

Don’t forget about the Badge Arcade’s latest theme offer! With the purchase of ten plays, you’ll receive this 3DS home screen theme based off A Link Between Worlds! Act fast though, as this promotion expires on June 23rd at 3:00 a.m. PST.