Rhythm Heaven as a series holds a special place in my heart for a lot of reasons. Top of the list would be playing through the entirety of Rhythm Heaven Fever with a close group of friends in one night, trading off the controller every game. To this day, we’re able to say things like “Double up!” and “Donk-Donk” to each other without missing a beat. And that’s really the name of the game here, keeping that sweet rhythm the entire way through. While it can be challenging at times and comes more naturally to others, the game never makes you feel too bad for mistakes. It’s never “Game Over” or “Failure” with Rhythm Heaven; it’s “Try again…” or “So close!”. That philosophy extends to every corner of the game, ensuring that even if it takes try after try to get to another stage it’s hard not to do so with a smile on your face.

Rhythm Heaven: Megamix takes that relaxed and encouraging attitude and runs with it from start to finish. For anyone uninitiated to this series, it tasks you with a group of music-based stages where it’s up to you to keep your rhythm with button presses or stylus taps. Play well enough and you unlock the next stage; finish all the stages and you unlock the next series of stages. Rinse, repeat. On paper this sounds like it could get old fast, but that could not be farther from the truth. Charming is a word that comes up a lot when discussing Nintendo and it’s my opinion that Rhythm Heaven embodies that more than almost any other franchise. Much of this is owed to the infectious music at the heart of its gameplay and the irresistible style and character designs from artist Ko Takeuchi. These elements push the games from potentially pleasant to undeniably delightful and make every session with them a superlative experience.

No need to skip, every track’s a hit

If you’re wondering why so much of this is being delivered in series-wide terms, it’s because Megamix serves as a celebration and compilation of the franchise’s finest games, songs, and characters packaged together as a single entity. This also means it’s the first time selections from the debut title on the Game Boy Advance can be enjoyed in a localized form, as it still has never been released outside of Japan. With those and games from Rhythm Heaven on the DS, and the earlier mentioned Rhythm Heaven Fever on the Wii, as well as a small smattering of brand new offerings, Megamix is the most fully featured of them all. It’s also the first time the games have had any semblance of a story mode, though it’s not one meant to be taken seriously, a fact the game almost immediately acknowledges. These games take a WarioWare-like approach, being simplistic to control but require your attention and focus to truly succeed. This is fitting, as these two groups of games come from the same team and it’s with this frequency that they’ve turned the approach into an art form.

Some new flourishes finding their way into Megamix are small conveniences that I can appreciate as a series veteran and look forward to pointing out to those less experienced. For one, the touch screen displays indicators of how on beat your timing was in the form of stars. Be a little off and you’ll see a small ring of yellow stars, while acing the beat will get you a screen-sized burst of rainbow colored stars. It’s a satisfying effect and fits the game’s identity well. While the usual ratings of “Ok,” “Superb,” and “Perfect” are still in the game, there’s also a numerical score indicator, letting you know just how on beat you really were or how that Ok was just a little shy of being Superb. I found seeing a number pushed me to retry games and shoot for Superbs even more than I had in the past, especially since your high scores are recorded and visible. Finally, each game features a Skill Star to earn as well. At a particularly tricky or big moment in each song you’ll have the chance to earn this reward, providing you with bonus coins and some unlockables. It was always satisfying to know you nailed those moments in the past, but having this as a clear indicator highlights it even more.

That not-so-serious story concerns a little pink cutie named Tibby. Having fallen from Heaven World, Tibby needs your help to return home. With a cry of “Let’s we go, amigo!” you two are off to a series of towers, each with a character that needs you to restore their towers’ Flow. This is accomplished by – how else – playing a few rhythm games and having a good time doing it. These early ones had me concerned, as even when they were familiar (or even favorites), the songs, and by extension inherent gameplay, were more simplified for me. It took a bit more playing to unlock the versions I’d become accustomed and attracted to, but once I had the likes of Air Rally and Lockstep again was when the game really came alive. I just wish it hadn’t put me through what felt like an enforced tutorial section to get there. Likewise, there are a couple I’m surprised to see missing all together, though that’s more out of my personal tastes than anything. The ones that are here are more than serviceable though longtime Rhythm Heaven fans might want to scan what’s on the menu before diving in just in case. That desire for more isn’t out of distaste for what is packed in, mind you, because there’s a lot to enjoy here.

When all’s said and done, Megamix offers around 100 individual challenges. Some of these are second versions of earlier challenges like I mentioned, and others are “Remixes,” serving as a single song but with gameplay from multiple rhythm games to keep you on your toes. That’s certainly a lot, but many of the games play the same or at least similarly to each. The differences are in the visuals and rhythmic patterns of their songs. If you’re after variance in gameplay, this Megamix may not be for you. That said, I personally feel the unifying nature of the barebones controls only heightens the differences that are there to give each game its own identity. And speaking of variance, there are some great options new to the series that ensure it can be enjoyed your way. These are the choice between button-based inputs or touch screen taps, as well as the ability to toggle between English and Japanese audio tracks to alter sound cues and, where applicable, lyrics. No matter your preference, these can be changed with minimal effort, though I do wish there was an option to lock certain games to my preferred style, such as having the games from the DS entry set to tap controls by default.

Keep the record spinning for the bonus tracks

Other than helping Tibby make his way back home, Megamix has a Café to visit and a Challenge Train to ride. The Café is a quaint hub run by a headphone-wearing puppy, featuring a shop to purchase songs and other collectibles from, as well as a museum for viewing achievements and other unlockables, and a few extra modes to relax with when you need a break. The shop’s wares are bought with coins earned naturally by playing the games, though I wish the rate with which they were earned was a bit higher for how many are needed to unlock everything. They’re no less fun to earn, though from a completionist frame of mind I can see how daunting the task might be over time. The Café also includes the game’s StreetPass features, allowing you to record your timing for a game of Figure Fighter which can then be shared with others. Whoever’s got the better beat will win as two toy boxers battle it out to pop each other’s head-mounted balloon. I know: It sounds a little strange out of context, but that’s what you sign up for with Rhythm Heaven and I wouldn’t have it any other way.

The Challenge Train tasks you with clearing certain rhythm games in sequence with certain conditions in play, such as needing to meet a set score requirement during each game. These reward you with Flow Balls, another currency used for buying more rhythm games to play. It still costs coins to play these challenges though, ensuring you’ll be tapping away for quite a while if you want it all. There’s also a multiplayer mode featuring download play to share with friends even if they don’t own the game, a feature I’m always happy to see find its way into any game. With the amount of fun I’d had with Rhythm Heaven with friends in the past, the multiplayer did not disappoint.

At the end of the day, it’s all in good fun

I’d recommend Rhythm Heaven Megamix to just about anyone, but as a $30 download for a smattering of mini-games I’d also understand some amount of hesitation. I think it’s worth every penny, but I also feel it’s not something everyone can get into. To me, Rhythm Heaven feels like the cool, older cousin you don’t see that often from the Nintendo family. When they come by they’re talking about some trendy thing you’ve never heard of, encouraging everything you’re currently up to, supremely mellow about it, and always feel just a little off (in a good way). If that description grabbed your attention, then Megamix may be just the thing you’re looking for. Perfect for a quick session and addicting enough to marathon, it’s a game I’m happy to have downloaded to my 3DS and I’ll be looking for any excuse to let myself play again and again. 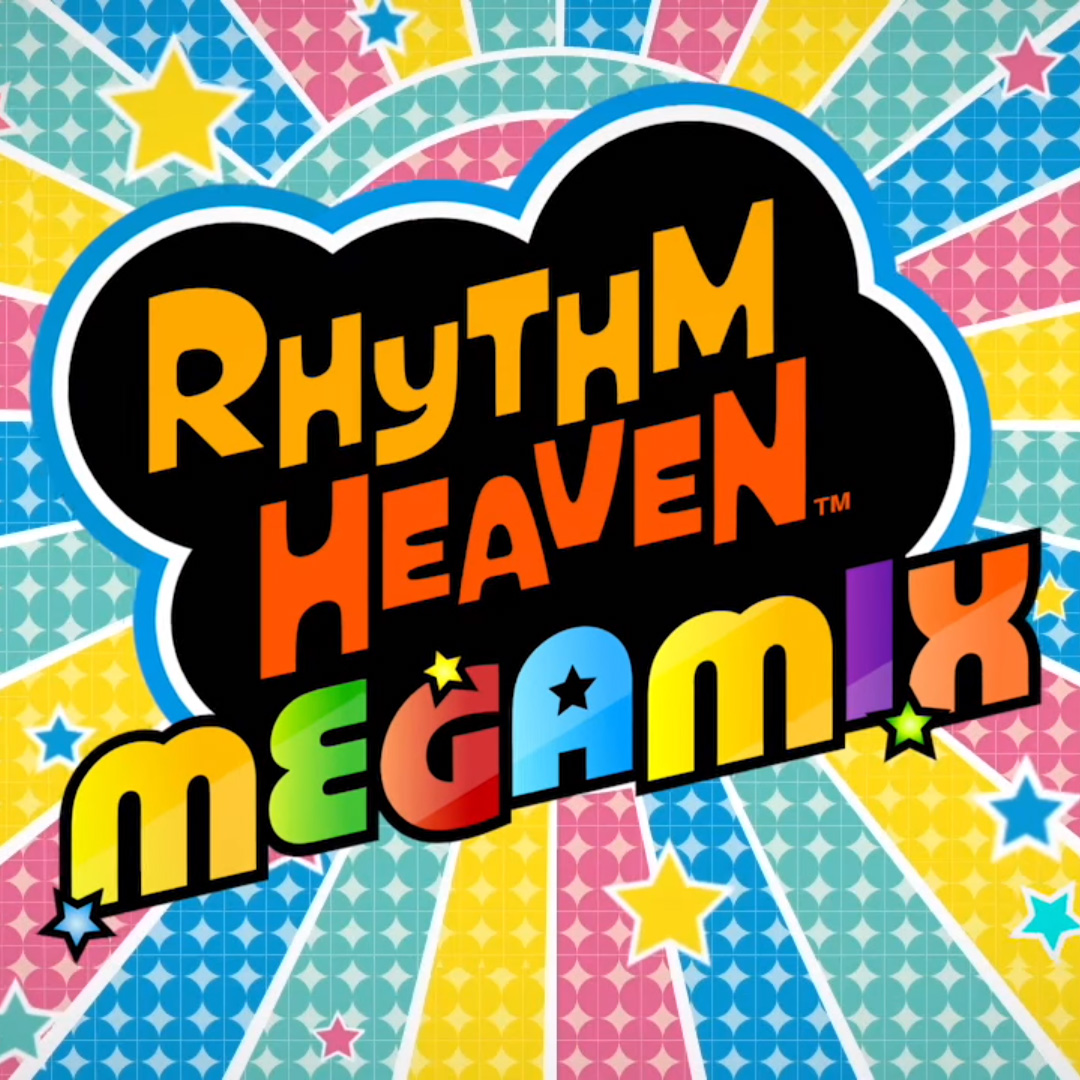