It’s been nearly 19 years since Star Fox 64 was released on the Nintendo 64. I can still remember the feeling of picking up the game for the first time, plugging in my Rumble Pack, and taking flight with Fox and friends on an adventure to save the galaxy. Now, nearly two decades later, Star Fox Zero has arrived on the Wii U, and with it, many of the same elements that made Star Fox 64 the classic it is today. The classic formula and charm of its predecessor paired with the new age technology– like the all new dual screen control system– make for one of the most memorable and enjoyable entries in the franchise.

While Zero’s narrative is fun to play, don’t go into this game expecting the most original or groundbreaking story you’ve ever played. Star Fox has always followed a pretty basic formula, and Zero is no different. In fact, you may find this game’s story rather familiar, and if you do, don’t be surprised.

In short, the series’ main mad scientist baddie Andross is at it again, launching an attack on the peaceful planet of Corneria and wreaking general havoc wherever he can. Naturally, it’s up to ace pilot Fox McCloud, mechanical genius Slippy Toad, hotshot pilot Falco Lombardi, and loyal friend Peppy Hare to save the day.

Everything here feels familiar. From the Lylat System select screen to the spoken dialogue, you’ll no doubt get a strong sense of nostalgia playing Zero. It might be a little disappointing to see the same pattern repeated again, but at the very least, it’ll be a nice trip down memory lane as you duke it out in classic Star Fox fashion with reliable teammates by your side. Maybe it’s not the most original story Nintendo has ever written, but why fix what isn’t broken?

Much like Star Fox 64, the main campaign in Star Fox Zero shouldn’t take more than an afternoon to complete; however, multiple playthroughs open up new paths, bosses, and planets to explore that keep the action going for a few more hours. Additional modes and challenge missions can also be unlocked by collecting medals throughout the campaign.

Overall, Zero isn’t the most challenging title on the Wii U. I found myself easily clearing every stage without having to keep an eye on my shield. Once I reached the final boss, however, the challenges increased suddenly and substantially, making the difficulty throughout the game feel somewhat inconsistent. After the credits rolled and new modes and challenge missions unlocked, Zero had much more to offer in the challenge department. Veterans and newcomers of the Star Fox franchise alike will undoubtedly find different elements from the game appeal to their skill sets.

What separates Star Fox Zero from previous entries in the franchise is its radically new control system. While we did get a taste of gyroscopic controls in the 2011 port of Star Fox 64 3D, Star Fox Zero takes it a few steps further. Basic movements like firing, boosting and barrel rolls remain practically unchanged from more traditional Star Fox titles. With the inclusion of the GamePad comes the unique cockpit view, which does a great job in adding a new level of depth and precision the franchise has never seen before. I’d go as far as saying that the cockpit view is easily one of the most ambitious uses of the GamePad I’ve seen to date.

Players are invited to to get a first person perspective from the inside of an Arwing, which makes targeting enemies much more accurate compared to the third person point of view on the TV screen. It became clear to me early on that Zero was made with cockpit view in mind. If you want to get anywhere in this game, prepare to use it. But let me be honest here: While the idea of cockpit view is a lot of fun, it took me a good deal of time to adjust to the constant changing of perspective. Getting into the rhythm and timing of switching my gaze between the TV screen and GamePad required patience. Once I got into my own groove though, it felt natural.

Admittedly, one of my biggest concerns about the game going in was the motion controls, but I can confidently say that Zero’s robust control system effectively kills its “gimmicky” status and instead adds a level of depth and immersion that’s never been offered in a Star Fox game before.

Excitingly enough, I actually found the new forms of transportation introduced in Zero to be really nice additions to the game. The Gyrowing, a quadcopter-type vehicle equipped with a hacker-bot named Direct-i, is meant to be used for stealth-type situations and, while interesting, admittedly isn’t the main attraction. Instead, it’s the Walker that takes center stage in Zero. This Arwing-turned-mech provides a lot of precision movement that isn’t available in the Arwing, and the ability to traverse the ground without the slow-moving Landmaster is really nice. The added diversity given to the Arwing in Zero really makes shifting between air and land combat rewarding, and was more than just a little fun during my playthrough. The Walker is an absolute blast to use and makes shifting between air and ground combat seamless and rewarding.

One major omission from Star Fox Zero is the inclusion of a full-fledged multiplayer or online mode. While the single player mode is entertaining, I’m extremely disappointed that I’m unable to have dog fights with friends online or join a team for a more collaborative space battle experience. What Star Fox Zero brings to the table instead is a co-op mode that can be played locally. Co-op mode puts one person in the cockpit of the Arwing with the Wii U GamePad, while the second player steers the vessel using a Pro Controller. Sadly, both parties are essentially piloting the same Arwing and there’re no option to pilot separate crafts.

The Star Fox and Falco amiibo offer a small level of amiibo support. Fox unlocks the Retro Arwing, a ship modeled after the original Arwing model from Star Fox on the SNES. When using the retro Arwing, you’re also treated to the original Super Nintendo soundtrack and sound effects, which is a nice little bonus. Falco works, too, though oddly enough his amiibo reward is much more, well, rewarding. While you do get a cosmetic change of the Black Arwing, you also get the added luxury of getting to lock onto two enemies at once. Of course, you’ll receive three times the damage for the perk. I found myself playing though earlier missions in the game with the Black Arwing just for the added challenge.

Never receiving word of brand new Star Fox amiibo was a huge letdown leading up to the game’s release, but after playing through it, it’s clear that amiibo support was not the developers’ main concern. All in all, amiibo support certainly isn’t a selling point for Star Fox Zero, but it definitely serves as a nice distraction from the main game.

Star Fox Zero looks absolutely stunning and runs at a generally consistent 60 frames per second. It offers a lot of visual eye candy and manages to run at a steady 60fps nearly the whole time. The contrast between planet surfaces and outer space is good on the eye, and keeps you from getting bored of one scene too quickly; where space battles are dark and a bit ominous, planetary fighting offers bright and colorful backgrounds. The Lylat system is chock full of interesting wildlife (think Pandora from Avatar), and you’ll be pleased to know that it’s all rendered beautifully.

Some may be disappointed to find out that Zero’s resolution is locked at 1280×720, or 720p, on your TV display and 850×480, or 480p, on the GamePad, but I really didn’t find this to be much of an issue. In return, the Wii U manages to render two displays at once at a really nice frame rate. During some of the more intense moments in the game, I did notice the occasional slowdown but nothing that affected gameplay in a major way. I’m honestly impressed with how consistent the Wii U was able to keep the frame rate steady while rendering two displays.

Whether you’re familiar with Star Fox’s standard soundtrack or not, what you hear from this title is exactly what you’d expect. Intense melodies and uplifting, invigorating music will pour through your TV speakers, hyping you up for whatever mission you’re preparing for or in the middle of at the moment. Additionally, the game is fully voice acted and, while this comes with some mixed results, is fun in its own right. This is once again reminiscent of the older games in the series. There isn’t a lot to say about the audio, other than it really lends itself well to the action that unfolds on-screen.

I became a big fan of the decision to output music and sound effects through the TV speakers, and the voices of both teammates and enemies through the GamePad speakers. This helped make the experience a whole lot more immersive. After all, it only makes sense that you’d hear these voices in the cockpit of your ship, so making this audio come through the cockpit view was a smart and creative move.

Tip: Definitely make sure to keep your GamePad’s volume up for this game!

It may have taken Nintendo a bit long, but I can say with confidence that the newest Star Fox installment is a win. Visually gorgeous and a blast to play, the game uses the Wii U to its near full potential, all while reminding us why we love the series in the first place. Don’t let the motion controls intimidate you– they may take a little time to get used to, but you’ll feel like a natural before you know it. And even though the game may lack a full-fledged multiplayer experience, Star Fox Zero’s unlockable modes, challenges and co-pilot mode will keep you coming back after the final credits roll.

Pre-order Star Fox Zero on Amazon today! You’ll get 20% off with Prime! 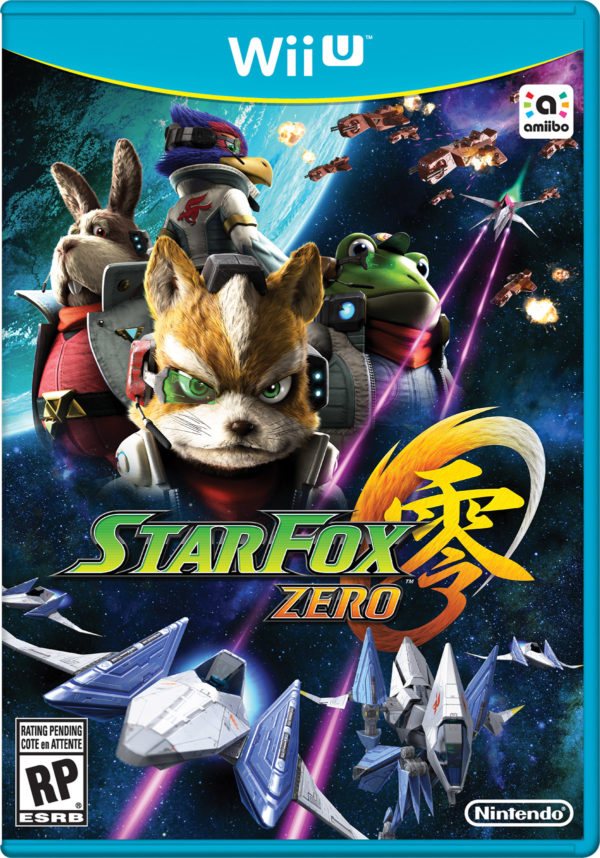