Checking out the references in Cloud’s reveal trailer

When you watch a Super Smash Bros. trailer it’s always very clear the developers of the game know their video game history. Almost every newcomer is showcased in some fashion, and every time the team throws in little references for hardcore fans, whether they be the almost frame-by-frame recreation of the Super Street Fighter II opening or the identical blurring effect used for Shulk’s premonitions.

Despite being from a game that has never made its way to Nintendo systems, the trailer team still managed to pack in a bunch of references for newcomer Cloud Strife of Final Fantasy VII. Re-watch the trailer and scroll down to read through our observations! Just be warned; there will be spoilers, so beware if you want to catch up on the original PS1 game before the DLC releases. 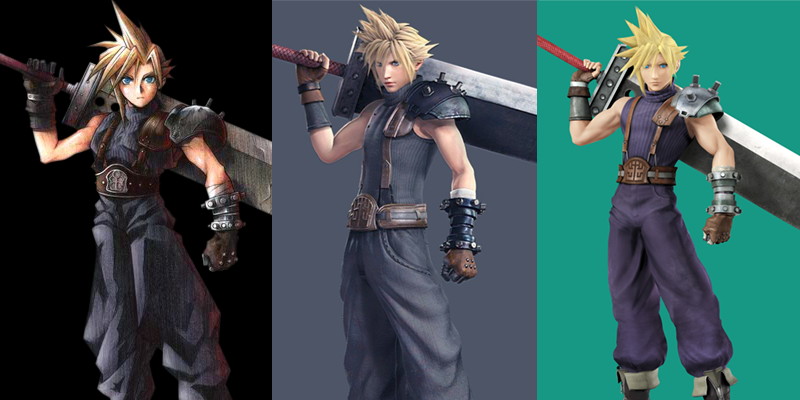 Over the years Cloud’s SOLDIER outfit has gone through many subtle design changes. His Smash Bros. appearance takes mostly from the Dissidia games, with a different belt and a larger gauntlet on his left arm. His second outfit is based on his Advent Children appearance, complete with the Buster sword being replaced by one of his many Fusion swords from the movie.

Obscure references start pretty much immediately in the trailer, with a little nod being hidden away in the background of Cloud’s splash card. This digital grid effect can be seen on a few Final Fantasy VII: Advent Children DVD and Blu-Ray covers, as well as the movie’s merchandising and posters.

Limit Breaks are an iconic part of Final Fantasy VII, so it’s only natural they make an appearance in Smash Bros. By attacking, and being attacked, the pink Limit gauge would build up and eventually let the party member let loose a powerful attack or support ability. Quite a few of Cloud’s Limit Breaks show up in the Smash Bros. trailer; Braver (seen above), Cross Slash, Blade Beam, Climhazzard, Finishing Touch and Omnislash (more on that one later.)

Final Fantasy VII was the first game in the franchise to take the story to a pseudo-modern day setting, so naturally the developers included a playable motorbike section. The escape from Midgar on the Hardy-Daytona was so iconic Square-Enix ended up giving Cloud the far more ludicrously designed Fenrir bike in Advent Children. His affinity for bikes hit a peak last year with an entire mobile game based around the Midgar escape scene; Final Fantasy VII G-Bike. Really, it’s only natural for him to want to get his hands on Wario’s ride.

The scene of Cloud dizzily riding on the back of the King of Red Lions might seem like a random non-sequitur, but it’s actually a very specific reference to the character’s motion sickness. Cloud admits this late in the game to party member Yuffie, after she starts feeling ill when they take to the skies in their airship.

One of the more obvious references to the original game is the magic casting animation, which is identical even down to Cloud’s pose. A clever touch is the timing; the spell ends just as the Prince of Sablé turns into his frog form, referencing the Frog spell that appears throughout the Final Fantasy franchise. 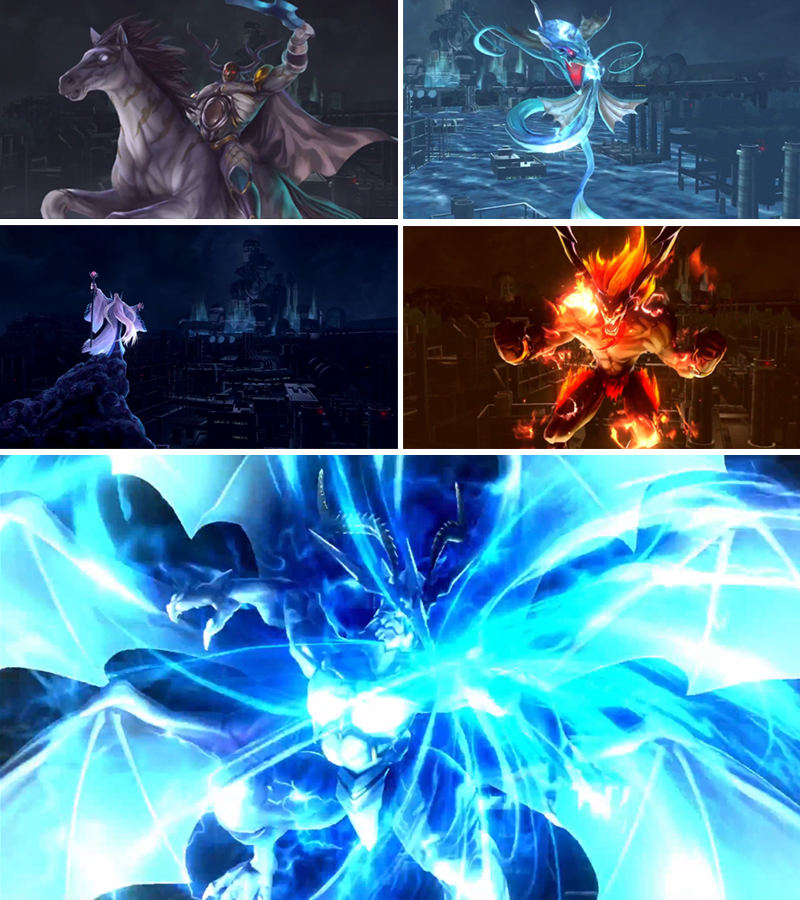 Summons are a major part of Final Fantasy, so it’s only natural that they turn up to cause a nuisance on the Midgar stage. Odin, Leviathan, Ramuh, Ifrit and Bahamut ZERO are all confirmed, and they all seem to use their moves from the original game. For example; Odin appears atop his horse and casts the traditional Zantetsuken, slicing the stage in two, while Bahamut ZERO lets loose a destructive Tera Flare. It’ll be interesting to see if we see other iconic summons, like Shiva, when we take to the stage ourselves.

A bizarrely common occurrence in the Compilation of Final Fantasy VII is characters waking up surrounded by flowers, specifically in the Midgar slums church. When replicating the scene in Smash Bros. they had to make do with a few stray Pikmin, Lip’s Stick and the far more opulent Kalos Elite Four arena. They also swapped out the familiar flower-girl for Zelda, who should probably keep an eye on the sky for falling Ganondorfs from now on. 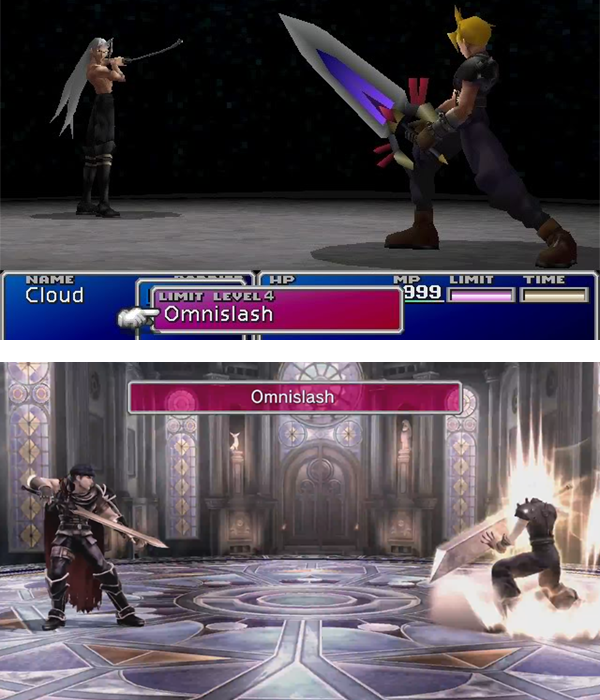 The final shot in the trailer, before the joke sting at the very end, is a throwback to the final playable scene in the original game; Cloud vs. Sephiroth. The quick camera cuts and flashes are replicated almost exactly, and even the pink window used for the name of the final Limit Break, Omnislash, is identical. The move itself, however, plays out more like it did in Advent Children, with Cloud launching his enemy into the air and cutting through them multiple times before landing a powerful finishing blow.

Not quite a reference to Final Fantasy VII specifically but still a cute reference all the same, the Chocobo hat design is taken straight from the Final Fantasy Fables spin-off titles, such as Chocobo’s Dungeon. If the earlier costume DLC packs are anything to go by we might see even more Square-Enix themed Mii outfits, so it really wouldn’t be a stretch to say we’ll see at least one Slime hat.

Even after poring over the trailer many times for this article it’s still likely we missed something; the Super Smash Bros. team is just that dedicated to hiding surprises. Did you spot any other references? Let us know in the comments!