Nintendo has announced in its latest press release that a string of new amiibo will be released on the 11th of September. Most surprisingly, it was announced that the Mii Fighters will be released as a 3-Pack sometime in November. Also announced was the confirmation of a Retro 3-Pack, which will include R.O.B., Duck Hunt Duo and Mr. Game & Watch. This trio will release on September 25th in a single package.

Check out the press release below the image for more information! 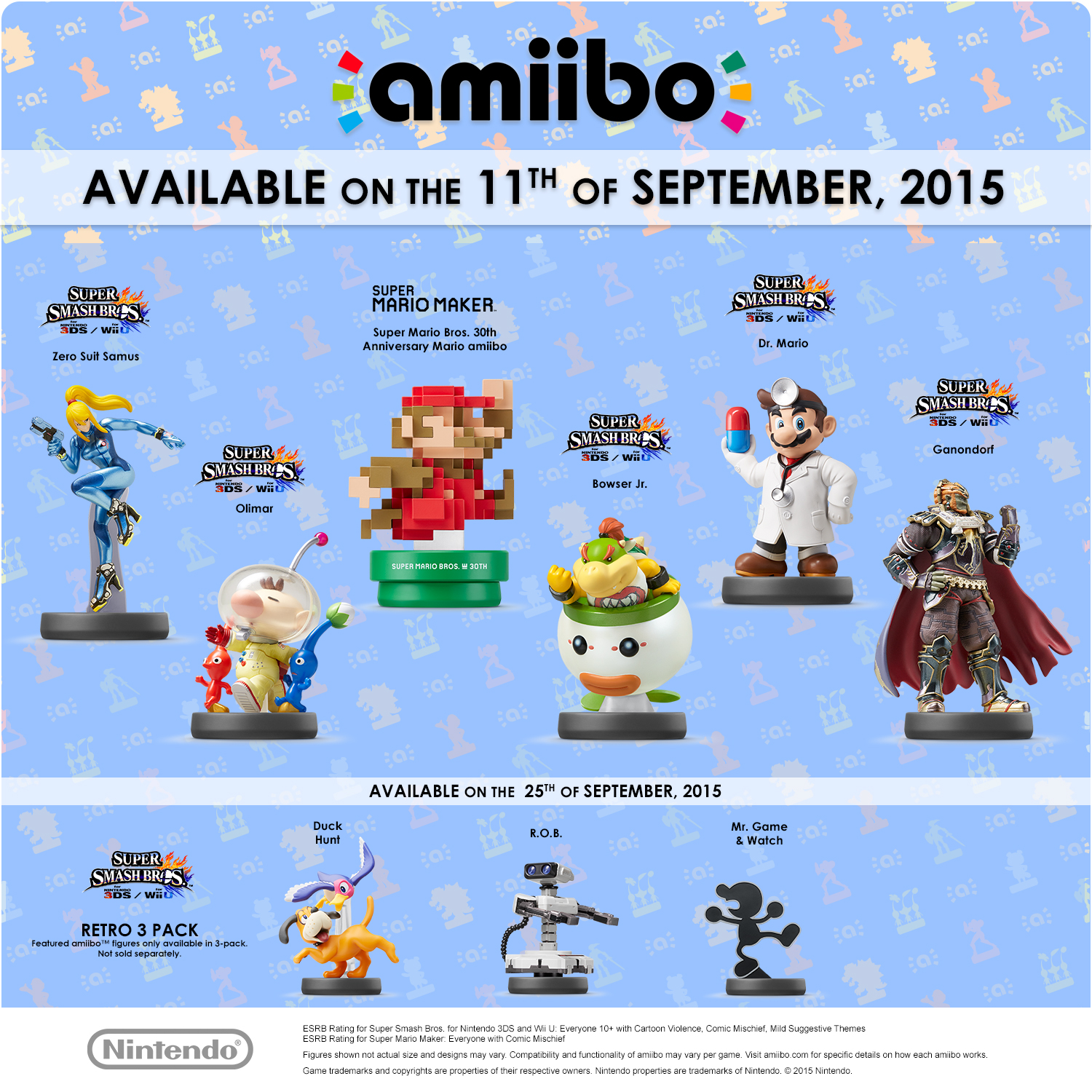 Nintendo is launching a variety of amiibo figures in September, including several amiibo hitting store shelves on the 11th of September.

The amiibo figures launching on the 11th of September feature many fan-favorite characters from the Super Smash Bros. series like Zero Suit Samus, Ganondorf and Bowser Jr. A special Super Mario Bros. 30th series Mario amiibo modeled after Mario’s 8-bit look in the original Super Mario Bros. game will offer compatibility with the Super Mario Maker game for the Wii U console. Both the game and the amiibo figure will launch on the 11th of September.

The full list of amiibo figures launching on the 11th of September includes:

On Sept. 25, a Retro 3 Pack will launch, which includes R.O.B., Duck Hunt and Mr. Game & Watch amiibo from the Super Smash Bros. series in a single package.

Further details about availability and pre-order schedules for these figures will be announced directly from various retailers in the near future. Three figures based on Mii Fighters, which were previously announced for release in September, will now launch as a 3 pack in November. More information about launch plans for the 30th Anniversary Mario Modern Color amiibo in North America will be shared in the future.