With a total of nine games released under its name, Pokémon Mystery Dungeon is the longest running spin-off from the monster catching RPG franchise. The last title, Gates to Infinity, however, was a bit of a letdown for fans, and it seems Spike Chunsoft is trying to fix some of the game’s problems with its upcoming successor, Super Mystery Dungeon.

For starters, the company is claiming you’ll eventually be able to recruit all 720 Pokémon, a massive improvement compared to Gates to Infinity’s very limited total of 144. This will no doubt be a relief to fans who want a rescue team made up of their favorite Pokémon. Not only that, but Super Mystery Dungeon will also be the first game in the series to feature Mega Evolution and the Fairy type. 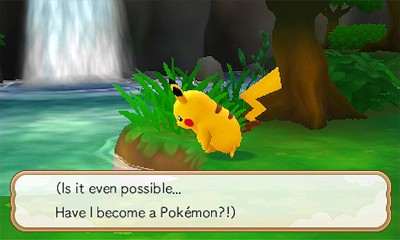 Gates to Infinity also controversially changed the way you become a Pokémon at the beginning of the game by simply letting the player choose from a list. In Super Mystery Dungeon this change has been reverted slightly; choosing from a list is still an option, but you can also decide to take a personality quiz instead, just as you would in the GBA and DS titles. The selection of starting Pokémon has also been increased from Gates to Infinity’s meager five to a significant 20, featuring all current starter Pokémon as well as fan favorites Pikachu and Riolu.

When it comes to gameplay, Super Mystery Dungeon’s mechanics seem very much unchanged from previous titles. Exploring dungeons is done via a turn-based grid system, allowing for tactical progression through trap-filled rooms and combat with enemy Pokémon. In some ways this lack of change is a little unfortunate, as elements that felt cumbersome in the older games, such as the narrow corridors that made the rest of your party essentially useless, don’t appear to have been altered, despite their flaws. 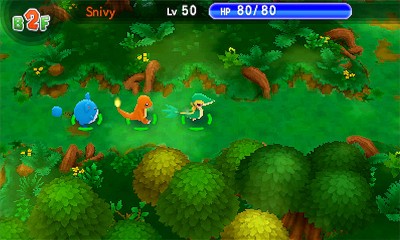 Spike Chunsoft also recently revealed more details on the game’s story and characters, and early impressions make it seem like the company going out of its way to make Super Mystery Dungeon the cutest game possible. The player not only establishes a rescue team where Pokémon wear adorable neckerchiefs, but they also must attend a little school where the writers have had fun associating iconic Pokémon with various stereotypes. Deerling is a popular but blunt girl, Espurr is a quiet brainy nerd, Pancham is a bit of a bully towards Goomy, and Farfetch’d is their serious and constantly interrupted teacher. The writing in the previous Pokémon Mystery Dungeon games was unexpectedly effective and enjoyable, and it seems like Spike Chunsoft is showing no signs of slowing down in terms of creativity.

The way the player interacts with fellow Pokémon has been changed too, with the somewhat clunky bulletin board system of previous titles being replaced by a massive web of characters, not unlike the one seen in Xenoblade Chronicles. This web of “Companion Orbs” expands as you befriend Pokémon and do tasks for them in dungeons, meaning the game actually rewards you for being nice and building relationships, which is far more endearing than a bland list of quests. 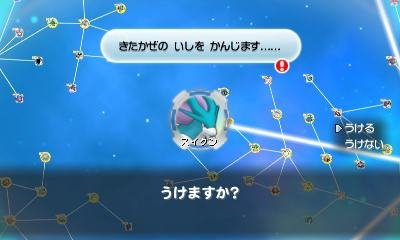 We’ll be ready to delve deeper into Pokémon Super Mystery Dungeon as it approaches its Winter 2015 release in the U.S., and early 2016 release in Europe.