The gaming community came together to commemorate Nintendo President Satoru Iwata yesterday after receiving news that he had passed away on July 11th. While hearing about his death has been remarkably difficult for many, seeing people from all over the world express their heartfelt condolences over the huge loss has united Nintendo fans. Looking back at President Iwata’s jovial and lighthearted personality, we think it’s only fitting that the sense of togetherness has arisen within the community.

The team here at Nintendo Inquirer would like to take part in celebrating the memory of Mr. Iwata. Members of the team have looked back at how the beloved president has personally affected their lives and love for Nintendo. 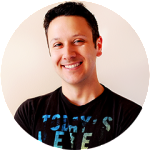 I formed my relationship with Nintendo at a very early age. I received my first NES when I was four years old in 1989. From that moment on I was hooked. I navigated the 2D worlds with my sister and remember being transported to a place that I never could have never dreamed of before then. Some of the most cherished memories from my childhood involved Mr. Iwata, even though I didn’t know it at the time. His work with Kirby, Mario and Pokémon brightened the lives of children everywhere, and his commitment to Nintendo as President was inspiring in my eyes.

Nintendo was, and still is, pure magic to me. That magic stayed with me to this day, and now that I am a father I’m able to pass a piece of my childhood on to my daughter. Mr. Iwata was integral to that. He was truly a child at heart, just like me. 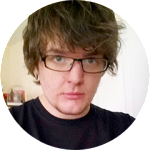 I have never known Nintendo without the great Satoru Iwata. He helped create many of the games I adored as a child, such as Pokémon Silver and Kirby’s Dream Land, and when my passion for Nintendo’s games began in earnest with the European release of the GameCube in 2002, Mr. Iwata had taken presidency of the company. Even without me realizing, Satoru Iwata was an integral part of my growing up, and I cannot thank him enough.

Mr. Iwata’s free spirited and jovial nature shone through in all of the games he worked on, and I feel this iconic personality eventually came to define the endearing and approachable Nintendo we know and love today.

Throughout his life, Satoru Iwata constantly gave us the gifts of laughter and surprise, always with a smile on his face, and that is how I, and many others, will remember him.

Please understand, Mr. Iwata, you will be missed, by all of us. 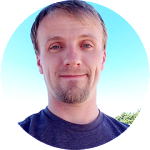 For as long as I’ve been paying attention to the corporate side of video games, Satoru Iwata has been a massive part of it. Nintendo executives, and Mr. Iwata specifically, have always struck me as incredibly humble and passionate people. It’s abundantly clear that he successfully ran Nintendo for so many years because he cared deeply for its employees and its fans. He saw the company through some of its highest peaks and lowest valleys, and never conceded his positive demeanor and genuine sincerity. Mr. Iwata’s contributions to the gaming industry are incalculable, but somehow what I will miss most is his friendly face. 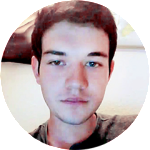 As an eight-year-old kid armed with my trusty Atomic Purple Game Boy Color, much of my time was spent playing Pokémon Gold, fighting my way up to the Elite Four. After taking down Lance, I, like many others, was taken completely by surprise by the appearance of Kanto, the setting of Pokémon Red and Blue. Exploring that classic region over again and earning another eight badges was an absolute blast, but child’s play when compared to the game’s true ending: that final showdown with Red, the protagonist from the original Pokémon games. That experience would not have been possible without Satoru Iwata.

It’s no secret that Satoru Iwata was a programming prodigy, but many might not know that the inclusion of Kanto in Pokémon Gold, Silver and Crystal was only made possible by him. While the game was originally intended to release without Kanto, Iwata managed to compress the entirety of the game to a small enough size and insisted the region be added for the enjoyment of players. Because of Mr. Iwata, we were given Pokémon Gold, Silver and Crystal as we know them today: games highly revered by fans and considered by some to be the best in the series.

Satoru Iwata was a gaming legend: a true and passionate developer with great love for his craft. He has left a lasting impression on both Nintendo and the industry, and he will be sorely missed. Thanks for all that you’ve done, Mr. Iwata. Wherever you are, know that countless gamers across the globe are mourning your loss and sending their gratitude – directly to you. 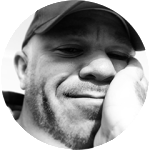 I would be dishonest if I didn’t say that I am struggling to put my thoughts and feelings into words that accurately describe Nintendo President Satoru Iwata’s contributions to the industry I love so deeply. Over the years, I feel like I’ve had to defend my love for Nintendo and its games more often than not, if only because that sheer joy, passion and childlike wonderment that goes along with playing Nintendo games can’t ever accurately be described with words. Emotions aren’t just easily spelled out, and Nintendo games and their impact on the gaming industry are just that: emotions, especially for life-long fans. Iwata, in everything he did for Nintendo, understood the connection between games and the people who played them, and that’s something that will never need to be defended. 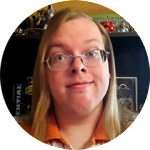 When Satoru Iwata took over as President of Nintendo in 2002, I was only eight years old at the time, so for me and an entire generation of gamers, he was the only face of Nintendo we’ve ever known. We weren’t really around when he helped bring to life the pink puffball known as Kirby, or Balloon Fight, or EarthBound, but we were there when he gave us the Nintendo DS and the Wii, two of the most successful systems in Nintendo’s history. Satoru Iwata was a man who truly embodied the company’s two greatest directives. He always spurred on the development of innovative and creative new experiences, refusing to let Nintendo rest on its laurels. But even more than that, he was a constant source of positivity and joy for Nintendo’s fans.

Whether it was his cheerful greeting at the beginning of every Nintendo Direct or his optimism in the face naysayers, Satoru Iwata was a reliable ray of sunlight as he guided Nintendo into, perhaps, its highest point. He once said that Kirby would always be special to him, because it marked “the first time I realized that the world would recognize what we had made.” It’s now on us to continue to recognize everything that he has made.