What are your amiibo concerns?

Let’s talk about amiibo. I know we do that plenty here, but I’m talking big picture. How do you feel so far about the way Nintendo has integrated amiibo support into games? Are you worried about amiibo changing Nintendo’s approaches to game development? Self-proclaimed amiibo skeptic Stephen Totilo of Kotaku voiced some of his concerns about amiibo in an interview with Shigeru Miyamoto. If you want answers to your amiibo questions, why not go straight to the top?

I’m guessing by nature of being a follower of Nintendo Inquirer, and likely Amiibo News, you probably have at least some vested interest in amiibo. If you’re like us, you have at least a full set of pristine boxed North American versions. Even if you haven’t caught the bug quite that bad, I’m going to wager that you have a few. So let me ask you: What drives your amiibo purchases? I don’t think there’s a wrong, or bad, answer here. Some of us may be working on a full roster of level 50 Smash Bros. opponents, but others just like the way they look on the shelf. I would put myself somewhere in the middle.

Mr. Totilo’s primary concern for amiibo is that, in considering amiibo integration during the development process of every Nintendo game, will we reach a point where a lack of amiibo will make for an incomplete experience? It’s clear, at this point, that Nintendo is definitely looking to incorporate amiibo into all of its games. And that begs the question: Will they ever hold back important and significant content from those who choose to opt out of the amiibo craze?

Let’s face it; many of us might not have the room, funds or desire to buy ten, twenty, a hundred amiibo. Should there still be an option to get the “full” experience? Stephen starts by asking Mr. Miyamoto about Star Fox Zero, specifically, and if Nintendo has any guiding principles that would affect what can and can’t be hidden behind an amiibo pay wall.

“In terms of being able to unlock content, I don’t really want to go down that path,” Miyamoto replied. He went on to explain that, for Star Fox Zero, at least, he views amiibo as a way to reward owners with “a little something extra.” Nothing that would change the game, he implied, using alternate Arwing skins as a possible example. 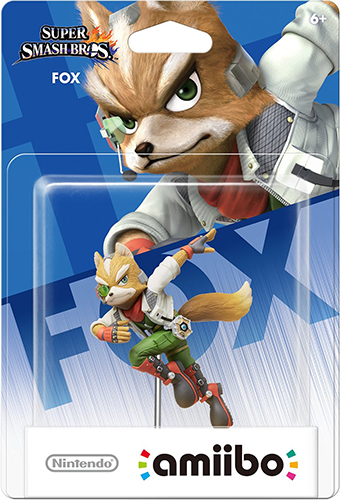 This sounds a lot like the amiibo functionality we have been seeing thus far. I mean, Mario Kart 8 uses literally the same approach.

Stephen goes on to press the topic a bit deeper and broader by bringing up the amiibo content in Splatoon. If you’re not familiar, this is a very different case. The three Splatoon amiibo actually unlock some substantial and rewarding gameplay content in their game. Content that non-amiibo owners completely miss out on.

Unwilling to get too candid about Nintendo as a whole, Miyamoto again framed his answer in relation to Star Fox Zero. “I’m not really thinking about there being locked content or there being a mode that you won’t be able to play if you don’t have one.”

He went on to reiterate that he views amiibo as a perk, a reward for the loyal Nintendo fan that is willing to invest in an entirely new facet of the company’s offerings. He points out that if people already own Smash Bros. amiibo (and they certainly do), they will want to try them on Star Fox anyway. “I want to make sure there is something that gives them a nice charge when they do that,” he finished.

So let me rephrase my question. What do you expect from amiibo? Is a small cosmetic perk in every Nintendo game you buy enough reason for you to shell out $13 for each of your favorite characters? Do you mind some of those characters, in certain games, allowing or denying substantial amounts of content? Or is it enough just to finally have a little Link sitting on your computer desk?