Star Fox Zero for the Wii U announced for Holiday 2015

Ever since a new Star Fox was teased at the end of last year’s E3 presentation, many Nintendo fans (this writer included) have been waiting with bated breath for a formal announcement. Now, we have it. And it is good. Star Fox Zero has been officially announced for the Wii U, co-developed by Nintendo and Platinum Games.

Where to begin? Nintendo wasted no time as it kicked off its 2015 Digital Event with a trailer for the game that showed off all kinds of gameplay for the new title. Somersaults, U-turns, barrel rolls, all-range mode and everything the Star Fox series is known for were on full display here. But it’s what has been added that’s perhaps even more exciting.

Nintendo’s theme for this year was “transformation,” and the developers of Star Fox Zero appear to have really taken that idea to heart. While the default game still seems to center on flying an Arwing, the familiar space fighter can now transform into a walking vehicle on command, which the player can then control on the ground to explore the level in a different way. No details yet on whether these transforming ships are Autobots or Decepticons. 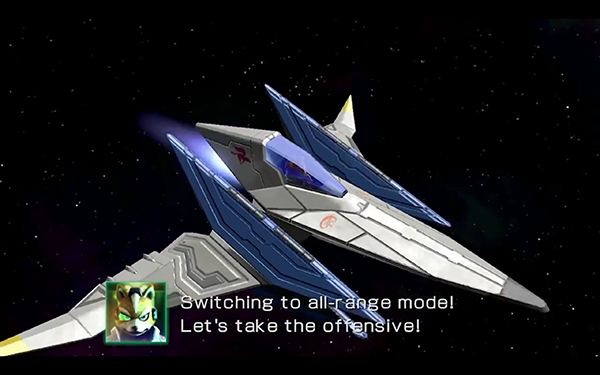 The Arwing isn’t the only one getting in on the action, as the Landmaster tank, which was previously confined to the ground, can now take to the air by transforming into a hovercraft mode. The trailer also gave us a glimpse of a new vehicle, a helicopter dubbed the Gyrowing. While there was no transformation when this was shown, it does have the ability to drop a small robot on the ground, which the player can then control to explore otherwise unreachable nooks and crannies.

Speaking of control, Star Fox is making the most of its new home on the Wii U. While the TV screen gives the player a zoomed-out view of the action taking place, the GamePad screen is dedicated to a first-person perspective from inside the cockpit to allow for more precise aiming and shooting by way of gyro controls. The controls have also received an overhaul. Shigeru Miyamoto, the creator of Star Fox, explained how the traditional Star Fox controls have been streamlined. Only one button is used for the firing of all weapons, and special maneuvers such as boosts and rolls have been relegated to the second control stick, which leaves the face buttons free to handle the transformations pivotal to the game. 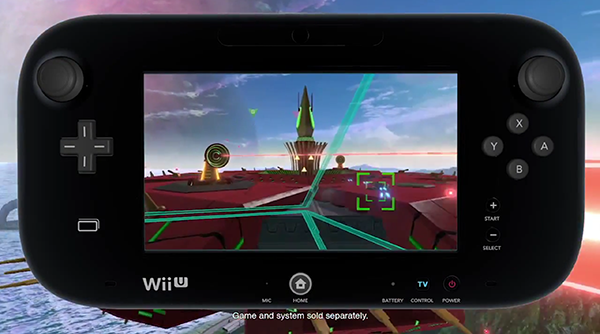 Miyamoto also mentioned that these transformations were originally intended to be a part of Star Fox 2, one of Nintendo’s most infamous cancelled titles. He stated that this new entry is “not a part four or a part five, and it’s not a remake” while explaining the title. Could Star Fox Zero be a prequel, or perhaps a reboot of the series altogether? Only time will tell.

Star Fox Zero looks to be made with Star Fox fans firmly in mind. Whether it’s the classic shoot ’em up gameplay taking center stage once again, or just the absence of the on-foot missions and turn-based strategy gameplay that was lambasted in past installments, Star Fox Zero definitely appears to have been worth the wait. Fortunately for us, the wait won’t be too much longer, as the game is scheduled for a Holiday 2015 release.