Since the first E3 was held a shocking twenty years ago, the show has been largely about the spectacle. For two decades now, the companies that fuel our favorite pastime have been gathering once a year to tantalize us with what they’re working on for future releases. Nintendo, Sony and Microsoft have nearly always taken center stage with their rock concert-style press conferences, and as dull and corporate as the term press conference may sound, this is where the magic of E3 happens.

For as long as these conferences have been going on, they’ve adhered to a pretty strict formula. One by one, corporate executives, developers, and occasionally celebrities take the stage, show us something new, and take a bow. It’s a perfectly functional exercise and has resulted in some of the most thunderous applause I’ve ever heard. But after going through the same motions so many times, it’s understandably hard for these companies to keep their showcases feeling fun, loose and fresh.

Shortly before the expo in 2013, Nintendo made an announcement that surprised people. It would not be holding a press conference at the show, as it had for the past seventeen years. Instead, a special E3 Nintendo Direct would air during the show, and additional efforts would be focused on the hands-on show floor presence. This announcement came at a pivotal time for the Wii U, as it was already showing signs of languishing sales, and many saw it as a concession by Nintendo that it could no longer share the big stage with Sony and Microsoft. 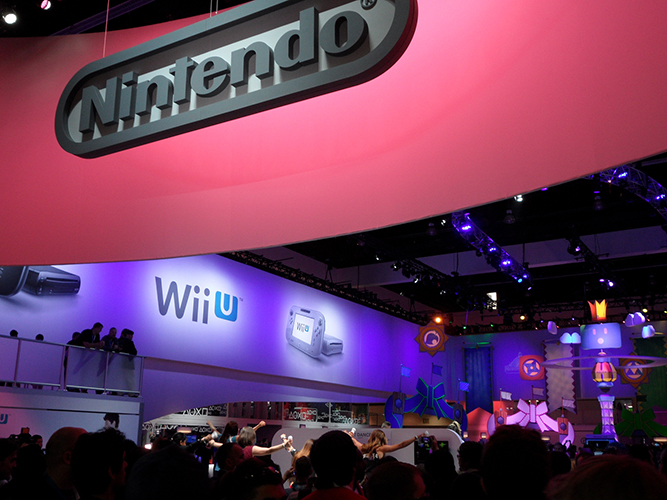 Despite giving up the literal spotlight and taking a more low key approach to the show, Nintendo confidently showcased a selection of games that easily gave the competition a run for their money. Games like Super Mario 3D World, Pokemon X/Y, A Link Between Worlds and Mario Kart 8 were revealed to a hugely positive critical reception and would later be released to reviews that matched. In the eyes of many, myself included, this was a sign that not only could this new approach to E3 work, but suddenly the overblown dog and pony show of the traditional E3 press conference felt a bit archaic.

Nintendo demonstrated that a short, to-the-point presentation could serve the same function as the increasingly expensive and indulgent stage shows that had become status quo. It also largely took the reporting duties out of the hands of journalists, and channeled the games and announcements directly to the consumer. Now don’t get me wrong, I wouldn’t trade moments like a Master Sword wielding Shigeru Miyamoto for anything. But this first E3 Nintendo Direct, or Nintendo Digital Event, as it would come to be called, was a very strong case for a change of direction.

Naturally, in the months leading up to the following E3, we all wondered what Nintendo’s plans for the show would look like. Was the whole digital conference concept a one-time deal? Was Nintendo simply trying something new, testing the waters, potentially to return to the old formula? On the contrary; not only would there be another Nintendo Digital Event in lieu of a proper conference, but Nintendo’s show floor presence and extracurricular activities would see some dramatic shifts as well.

The most radical change in 2014 came in the form of Nintendo Treehouse: Live. For the entire duration of E3, part of Nintendo’s booth was dedicated to this idea. In 15 to 45 minute segments, the friendly faces of Nintendo’s Treehouse team would interview everyone, from second and third party developers, to NOA President Reggie Fils-Aimé, to the legendary Miyamoto himself. The point was to give viewers a deeper and more prolonged look at everything Nintendo had brought to the show, while hearing from the creative minds and Nintendo legends behind it. This concept was very well received, and it perfectly complemented the upfront deluge of announcements from another stellar Digital Event. 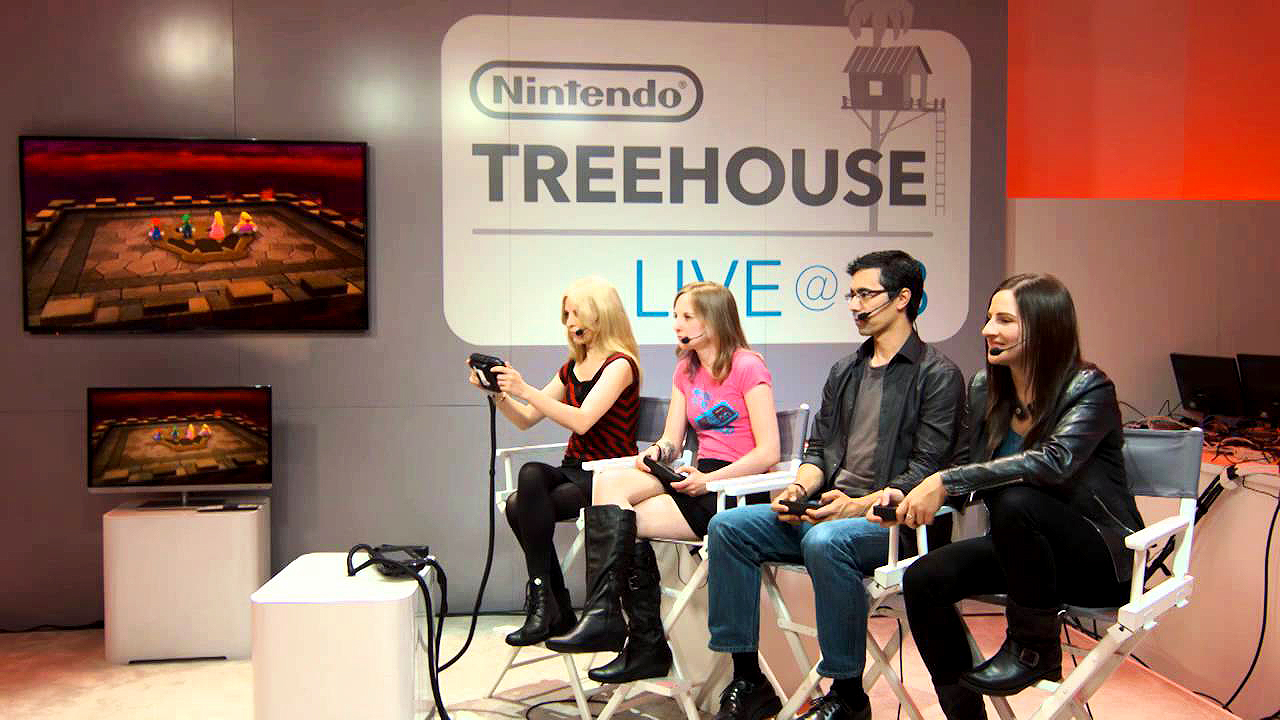 Another welcome addition at 2014’s show was the Super Smash Bros. Invitational Tournament. Hosted by industry veteran Geoff Keighley, this event not only gave us tons of opportunity to soak in the yet-to-be-released Smash Bros. for Wii U, but it got people excited about Nintendo in a way we hadn’t seen in some time. Seeing a massive, crowded auditorium go absolutely bonkers over Nintendo’s beloved characters was heartwarming, to say the least.

These three aspects of the presentation (the Digital Event, the Treehouse: Live streams, and the Invitational) went a long way with both the attendees and the viewers at home. IGN polled its readers at the end of the show and asked them which of the big three won in three categories: best games, best conference and best overall show. Based on 112,000 votes, the results were pretty staggering. Nintendo dominated every category by a significant margin. This was a sentiment echoed by many major publications and similar polls across the internet.

That brings us to 2015, and the third year of this unpredictable and exciting shake-up. Here’s what we know so far. There will be a Nintendo Digital Event on Tuesday, June 16th at 9:00 a.m. Other than new information on Star Fox, Yoshi’s Woolly World and Mario Maker, we really don’t know what to expect here. Nintendo has officially stated that Zelda for Wii U will not be at the show in any capacity, and that its next console, codenamed NX, will not be discussed further until sometime in 2016. It’s probably safe to anticipate at least a couple surprise announcements as well, but we’ll just have to wait and see. 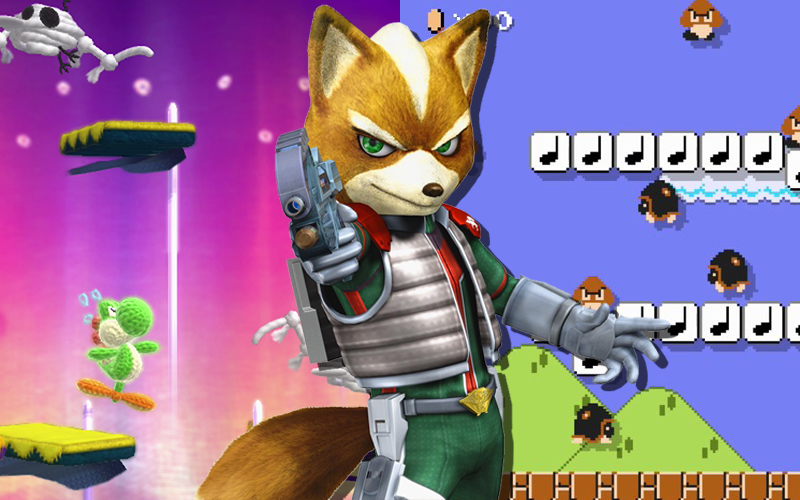 This year also marks the return of the Nintendo World Championships, the finals of which will be streamed live from L.A. on Sunday, June 14th. Between this and the Smash Bros. Invitational last year, it almost seems like some sort of tournament could become a yearly fixture of Nintendo’s E3 plans. Nintendo Treehouse: Live will also be streaming again throughout the show.

As fun as it is to tune into the big conferences, and now Nintendo’s Digital Events, I find myself increasingly excited for other reasons going into E3 2015. We may get our megaton announcements, sure, but I can’t wait to see how Nintendo decides to share its plans for the future with us this year.