Mario is one of the most recognizable characters on the planet. In fact, a survey conducted in the 1980s showed Mario as more recognizable by children than Mickey Mouse. The results were used to illustrate that “Japan was taking over,” a popular scare tactic in the ‘80s media. With the popularity of user-created content with games like Minecraft and Little Big Planet, it seems very obvious now that Mario Maker can become a big thing for Wii U owners.

I’m very excited at this prospect. Let’s take a closer look at the the info we’ve been given so far and see if we can suss out some details. 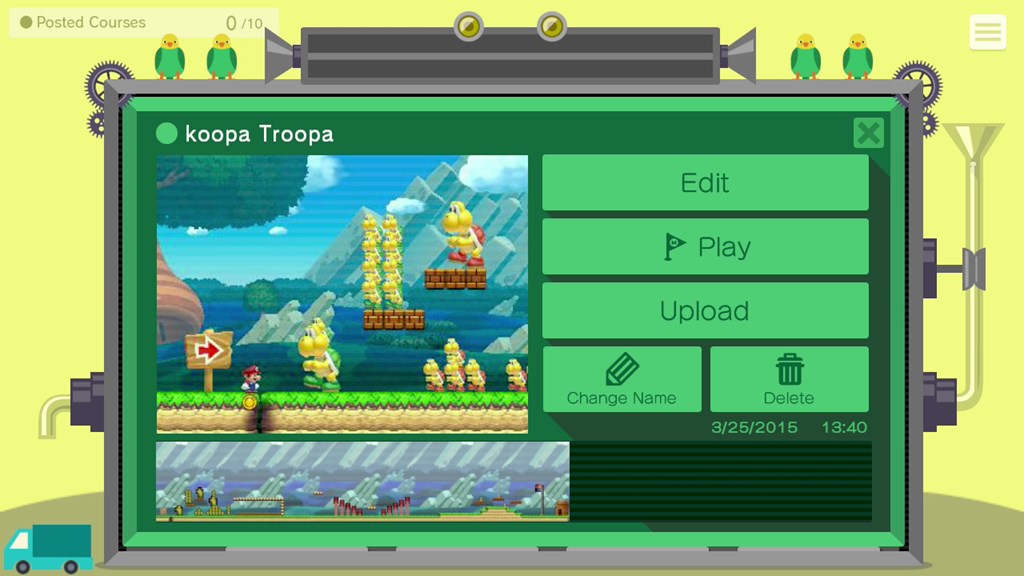 We’ve seen footage of Mario riding in Lakitu’s cloud. Since that wasn’t possible until SMB3, we know that features won’t be tied solely to the original SMB. (This was a concern for fans in the early stages, as some thought Nintendo would try to keep things as simple as possible for aspiring level designers.) We still don’t know to what extent we have access beyond SMB1.

As far as enemies go, we’ve seen all of the SMB1 enemies, and we’ve also seen a few that go beyond the first game. An 8-bit version of Wiggler can be seen in some screenshots. Wiggler didn’t appear until Super Mario World on the Super NES, so it seems likely that we’ll see other non-SMB1 enemies included in the game. 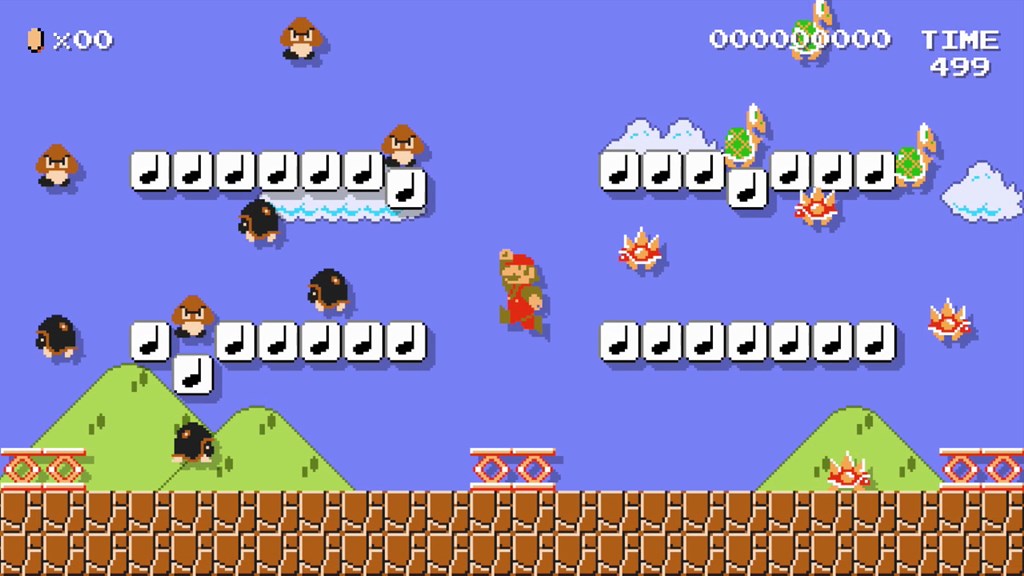 For me, the big question mark is hanging over Super Mario Bros. 2. By now, it’s common knowledge that the U.S. version of Super Mario Bros. 2 was not originally built as a Super Mario game; it was based on characters from Fuji TV and then changed to become a Mario title in the West. The mechanics also differ greatly from other Mario games. For one thing, players did not jump on enemies to defeat them, but instead either threw objects (like turnips) at them or picked them up and threw them into each other. The fact that the tilesets shown do not include Super Mario Bros. 2 would indicate to us that it is unlikely we see any mechanics or enemies from that game. (Notably, this includes Shy Guys, who seem to have been simply written out of the main Mario series, despite appearing in Mario and Luigi games, Paper Mario and a slew of Yoshi-centric titles.)

The physics were a question for some time, as folks who have been playing Mario games for a long time know that each of the titles featured in Mario Maker all have slightly different physics. This question, however, has since been answered, with many people who have had hands-on time with the game reporting that no matter the tileset at work, the game plays with the New Super Mario Bros. U physics. This is fine with me, as the differences are generally too subtle for the average player to detect.

However, the fact that those are the physics being used does raise more questions about mechanics and power-ups. The screens and footage we’ve seen have only shown four power-ups; the Super Mushroom, Fire Flower, Starman and Cape, the first three being givens. They have been a part of Super Mario games since Super Mario Bros. came out. The Cape is the most interesting, though. First of all, there is only one screen that shows it so far. We also haven’t seen any of the myriad power-ups that were in SMB3.

Through the years, Mario has had several different modes of flight, ranging from the Racoon Tail to the Cape to the Wing Cap. The Cape is something of a lynchpin in the grand old debate about whether Super Mario Bros. 3 or Super Mario World is the better game. Those in the Mario 3 camp will argue that the Cape breaks the game, as a reasonably skilled player can just fly over an entire level. SMW fans will argue that the skill required to effectively use the Cape is rewarded justly. This leaves us excited for Mario Maker and wondering if we’ll have other options for flight at our disposal. Or other power-ups at all, for that matter. 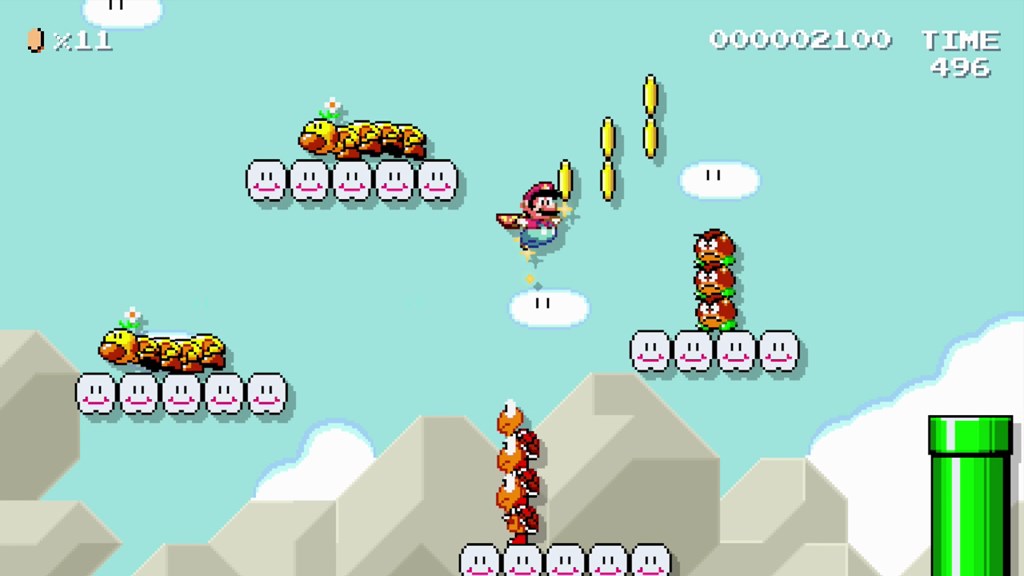 Right now, I’m focusing on the few individual elements in a game we’ve been given previews of; I haven’t yet delved into the wider scope of the game. If we step back for a moment, what we see are elements taken from of all of the Mario games included. And looking at all of the information from a wider viewpoint, it’s very obvious that aspiring designers will have a very large toy box to play with while creating stages in Mario Maker.

The possibilities seem nearly endless, and they don’t stop with Mario. In an interview [http://www.usgamer.net/articles/how-nintendo-is-offering-new-perspective-on-a-dynasty-through-mario-maker] with Jeremy Parish of USGamer, lead designer Takashi Tezuka said the following:

“I’m thinking about it. Of course, we’re planning on having some different art styles… and not necessarily just Mario… instead of just switching between Mario graphics, I would be interested in bringing in other series’ game world.”

So, will we be building Kirby levels? Traversing stages using Link’s sprite from Zelda II: The Adventure of Link? Will amiibo allow us to access these characters? We don’t know yet, but what we do know is more than enough to get excited about. Mario Maker is currently scheduled for a September release and I look forward to playing some of your levels.