Mario Kart Tour has been out for a few days now, and with how players are reacting to its (optional) subscription fees and random character and kart rates, I wanted to make the most of the game’s earliest moments.

For those new to gacha games, “rerolling” is the practice of getting through a game’s tutorial section up to and including your first summon – or in Mario Kart Tour’s case, Warp Pipe fire – and restarting the game over and over until you achieve the desired results. Here that would most likely mean the elusive High-End-class drivers, karts, and gliders to have an advantage as early as possible and save rubies down the road.

All that may sound time consuming and repetitive, and it can be, but Mario Kart Tour actually has some of the most painless rerolling I’ve experienced. The earliest you can start fresh is upon finishing a single tutorial race. Once you start playing the game, the first thing you do is fire off a Warp Pipe for your starting driver.

This will either be Toad or Toadette. Both characters have the same Special Skill (Triple Mushroom) but differ in their favored courses. Neither has an apparent advantage over the other and are both Super-rank drivers, and thus their impact on your reroll will be minimal and only be based on if you prefer one over the other. You’ll be forced into the tutorial as whichever you summoned, and once that’s done will have another chance to fire off a Warp Pipe.

This second summon will either be Peach or Bowser, who are both also Super-rank. In dozens of attempts I never encountered any other drivers at this point, and it’s safe to say they (along with either Toad or Toadette) make for your starting options in Mario Kart Tour. I have seen claims and reports of other, High-End characters appearing at these points but haven’t been able to substantiate or encounter them myself. If they are possible, they’re likely at their usual rate or lower while Toad & Toadette and Peach & Bowser are the intended ‘starters’. Unlike Toad and Toadette, though, there are differences between the two Mushroom Kingdom monarchs. 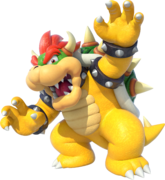 Peach and Bowser are both Super-rank drivers. At present, their performance compared to each other isn’t clear overall, but for the sake of getting to rerolling as easily as possible, Bowser has a small edge. To reroll in Mario Kart Tour, you must play through the first cup of the game and among the three included tracks, Bowser favors one of them while Peach favors none.

It’s only a slight difference, but for this earliest game, Bowser has an edge. They also have different Special Skills, Bowser having his giant shell and Peach having a defensive Heart. Is it significant enough to warrant rerolling at this point? I don’t think so. But if you’re a big fan of one character over the other (or Toadette over Toad) this is the earliest point when you can reroll in Mario Kart Tour.

How to reroll in Mario Kart Tour

Once you’ve gotten through the game’s two lap tutorial race you can access the Settings menu. At the very bottom is a “Start Fresh” button.

By tapping this, you’ll be told this will delete all data for the game. It then prompts you to enter your in game nickname, confirm you really want to start over, and then the deed is done.

What makes this such a breeze is that it doesn’t require you to then re-download the game. Many other mobile titles, including Nintendo’s own, necessitate you fully uninstall the game to reroll, and yet Mario Kart Tour practically has rerolling as an embedded feature. Even with connecting your My Nintendo account, rerolling here was relatively painless.

When should you reroll in Mario Kart Tour?

After summoning Peach or Bowser, you’ll have to play through the first cup of the game. This’ll consist of three full races and a quick Rocket Start challenge/tutorial. At this point Lakitu will gift you twenty rubies – Mario Kart Tour’s premium currency and your ticket to firing off Warp Pipes. You will then be forced to fire off once, costing you five rubies.

At this point, you may actually manage a High-End summon on your first go in which case congratulations! If you don’t though, I suggest using the fifteen other rubies to test your luck and see what you get. If you’re unhappy with your results for whatever reason once the rubies are gone, this is the time to reroll.

One important note is that Mario Kart Tour has a discounted summon rate if you save up your rubies. While each individual fire will cost five rubies, firing off ten times at once will only cost forty-five. This saves you five rubies, or in other terms gives you a free summon. If you’d like to hold off til this point for your reroll you will have more chances at success at the cost of time. While cost goes down, High-End summon rate does not go up with a ten-fold fire off.

Who should you reroll for in Mario Kart Tour?

If you’re committed to rerolling at launch in Mario Kart Tour, the best and most elusive prizes are no doubt High-End drivers and karts. These have shiny pink backings to their art and will be summoned out of a gold colored pipe. At launch, the available High-End summons are:

While it’s still early in the game’s life to determine which High-End summon is best, any of these will help you get off the line due to their greater benefits and leading to higher scores in races. Due to their own scarcity, you may also consider committing to your first summons if you manage a Super class driver or kart as well, though by definition they are a step below High-End.

Should you reroll in Mario Kart Tour?

Ultimately that’s up to you, as rerolling can be done for statistical reasons or just to get your favorite character from the start to save up for someone else down the road. If you’re a fan of Shy Guy or Dry Bones, their commonality is a blessing here but they won’t be as successful as often as a Super or High-End driver. Likewise all drivers, karts, and gliders have a time to shine when it comes to favored courses but, again, it’s the High-End summons that will see the greatest benefits.

All of this is moot if you’re willing to get the game’s Gold Pass, as that lays the groundwork for you to build up to more valuable karts and parts. I feel rerolling for (statistically) eventual, free success is better than paying real money but that’s also a decision for you to make based on your amount of time and funds versus how much you enjoy the game.

Regardless, best of luck to all players with their Mario Kart Tour racing and rerolling!

Need more help with Mario Kart Tour? Check out one of our other helpful guides! 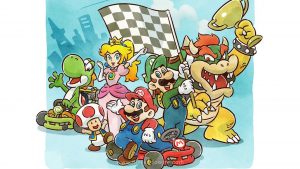 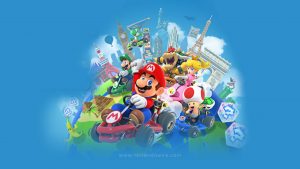 Guide: All characters/drivers in Mario Kart Tour
Leave a Comment