2021 is a big year for Sonic the Hedgehog with it marking the blue blur’s 30th anniversary. While the enigmatic new game and the movie sequel are still some ways away, the milestone is still being celebrated in a variety of ways. Key amongst these celebrations comes from IDW, who have been publishing official Sonic comics since 2017 and are showing no signs of slowing down.

To celebrate the anniversary, though, they left behind the on-going modern Sonic series and blasted back to the past with a hefty special issue featuring the Classic versions of the characters in three distinct stories. Two of these are essentially brief gag comics, so lets focus on the bigger narrative first.

The first story, Seasons of Chaos, follows Sonic, Tails, Knuckles, Amy, and more than a few surprise characters, as they venture through various Zones based on the four seasons to collect the Chaos Emeralds before a bunch of antagonists get to them first.

On the surface this is a fairly simple plot, and admittedly it’s a great book for beginners and kids, but there are a few fun wrinkles that keep it from feeling like a basic adaptation of a non-existent game. 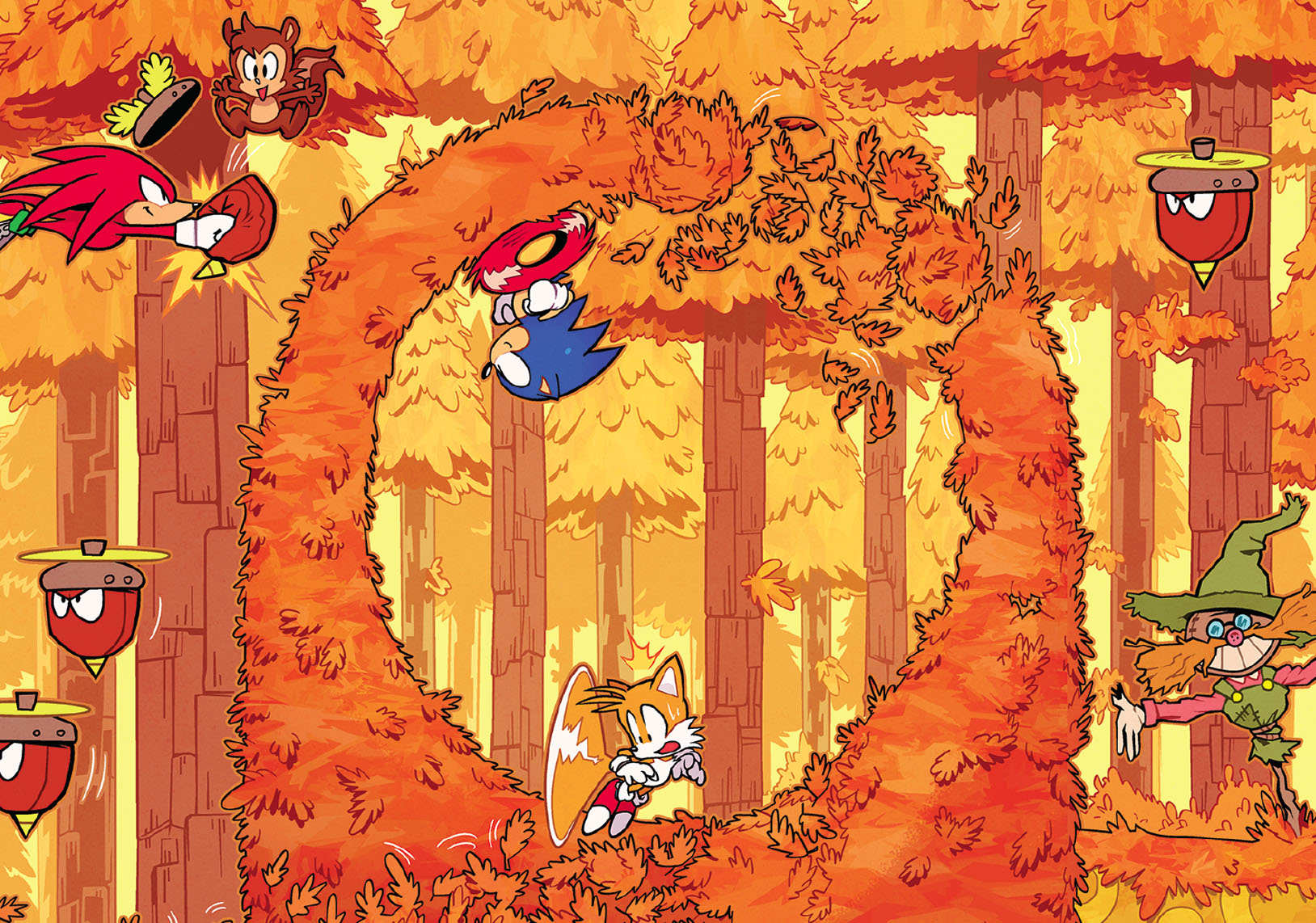 Take Amy Rose, for example. The plucky pink hedgehog has a pretty big role in the modern games, often acting as the “fourth” addition to the trio that is Sonic, Tails, and Knuckles, but in terms of the classic games she was either a damsel in distress or playable in a handful of spin-offs. Sonic Mania marked an opportunity to bring classic Amy into the platforming fold, but even with the Plus expansion it never happened.

Yet in a clever move, the 30th Anniversary Special essentially addresses this criticism and gives Amy a prominent role as one of the Chaos Emerald hunters, albeit with an unexpected alliance or two along the way. It’s not the game appearance she deserves, but it’s still nice to see. 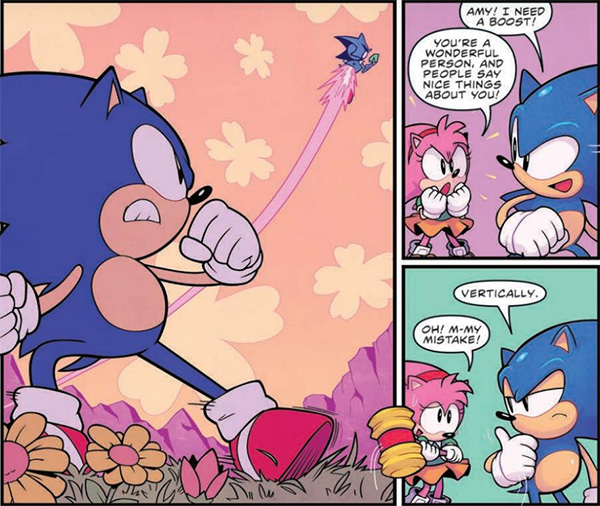 Speaking of games, it’s worth noting just how much thought and effort went into realizing the setting and enemies of Seasons of Chaos. Not only did the writers and artists avoid putting everyone in the over-played Green Hill Zone but they essentially designed a whole game’s worth of visuals and enemy designs. I’d absolutely love to see a playable rendition of the Zones seen within, either by fans or officially.

Sonic the Hedgehog has a strange history with driving vehicles. Despite the obvious joke (“why does a super fast hedgehog need to drive?”) he’s been behind the wheel numerous times, from the bizarre Waku Waku Sonic Patrol Car to last year’s Team Sonic Racing. Now, after 30 years, Sonic Learns to Drive sets out to explain it.

The first thing that’s worth noting about this story is that it’s written Clint, Justin, Travis, and Griffin McElroy. If you don’t recognize those names I’m mildly surprised, but for the sake of context they’re the family behind the popular podcasts Adventure Zone, Sawbones, My Brother, My Brother and Me, and more besides.

Usually I wouldn’t make particular note of the writers but in this case it’s very apparent that they wrote this story, and that is either a good or bad thing depending on your sense of humor. Personally, while it’s definitely full of good gags and the brand-new character is fantastic, I felt Sonic himself occasionally felt a bit… Off.

Still, with adorable dynamic art, a cute concept, and some fun quips, it’s not a bad time at all.

The final story of the batch is similarly short but it’s very sweet. Dr. Eggman’s Birthday shifts the focus to the iconic villain, who is much more cartoony and goofy than his modern counterpart.

As the name suggests it takes place on the big man’s birthday, which he apparently hates due to his robots going all-out with the celebrations. I had never really considered the sentience of Eggman’s robots before, after all they have sentient animal critters inside them already, yet apparently their mechanical outer shells have enough free will to throw parties for their master.

So long as you can avoid thinking too hard about the ethical dilemma that the Badniks now pose, this is a great story to end the special on, showing that the Classic Sonic style lends itself well to lower stakes, sillier shenanigans.

Here’s to another 30 years

When I was done reading the 30th Anniversary Special, I was left wanting more Classic Sonic comic adventures, which is probably the highest praise you can give a book.

With five variant covers on offer, each with their own stunning cover art (I personally grabbed the pixel-art variant by Christina Antoinette Nedfotistou!), it’s definitely worth picking up and enjoying, whether you’re a classic fan or new to the series altogether.