Kirby’s first, original outing on the 3DS came along to me at a time where it was sorely needed. It was right in the middle of my college years, and I needed something to keep me going on those days that just seemed to go on forever. Between classes and on bus rides I could be found enjoying Kirby Triple Deluxe, having it serve as a reminder that even with the amount of important work I had to do, a short break doing something that keeps you smiling can make all the difference. And if there’s one thing I can say about Kirby (even though I’ve said a lot already in the lead up to Robobot) it’s that this little guy makes me smile.

Kirby starts this game fast asleep in Dream Land, where under cover of night, a giant beanstalk begins to grow. This Dreamstalk manages to carry pieces of Dream Land up through the clouds, and once awake Kirby heads straight to Dedede’s Castle to see what’s happened. There we meet Taranza, a spider-like individual who’s kidnapped King Dedede thinking he’s the brave hero of Dream Land. Now it’s up to Kirby to explore the new areas of Floralia to rescue the King and return from this floating land. Levels progress much as they did in Return to Dream Land, with multiple worlds and stages featuring collectible Sun Stones in place of Energy Spheres. With enough of these found boss rooms and extra stages can be unlocked, ensuring those that find everything will be rewarded. 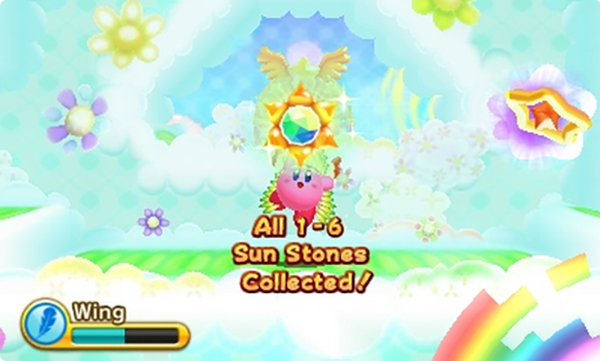 The new copy abilities found in Triple Deluxe all fit nicely with the rest of Return to Dream Land’s assortment. While a few were dropped from the last game, the likes of Beetle, Bell, Archer, and Circus were all brought in and don’t disappoint. Bell and Archer were both favorites of mine this time around and with Wheel back after sitting the last game out I was overall pretty happy with the available twenty-five abilities. Alongside these was the new Hypernova feature serving a similar function to Return to Dream Land’s Super Abilities. At certain sections, Kirby would inhale a Miracle Fruit and begin glowing in a rainbow of colors, with his inhaling abilities increased to levels beyond anything he’d done before. This would allow him to interact with obstacles in a unique way or simply suck up large groups of enemies at once. Some of my fondest memories of Triple Deluxe involve Hypernova sections, with a few call backs to classic Kirby games being the standouts. 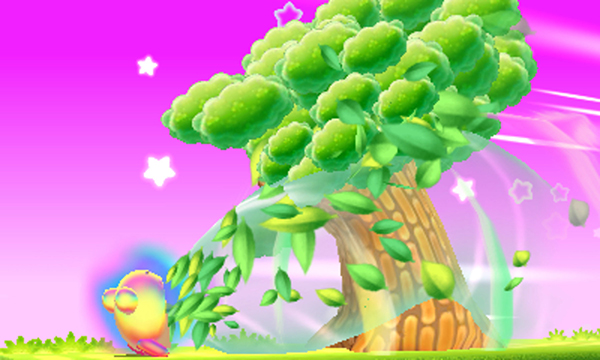 Kirby Triple Deluxe served as a follow-up to the direction and game style started with Shinya Kumazaki’s work on Return to Dream Land. The game felt, looked and sounded instantly familiar to its Wii predecessor, and while some may cry foul of repetition, I don’t think this is necessarily a bad thing. Yes, I would love to see something as unique and beautiful as Canvas Curse or Epic Yarn but not at the expense of the kind of Kirby game I love. Call me greedy for wanting to have my cake and eat it too, but that’s exactly what Kirby would manage to do. However, it’s important to note that the game’s team managed to pull off a game quite close to one of the Wii’s last big releases on a handheld, which I think says a lot about the 3DS. Even if it meant the loss of Return to Dream Land’s marquee multiplayer that allowed for different (though ultimately less entertaining) additions.

As the first title on the 3DS for Kirby, it was also the first time he’d get to use the system’s 3D visuals, gyroscope features and StreetPass functionality. The game featured level designs with two distinct foreground and background layers, with enemies and attacks sometimes coming from the back to the front where Kirby stood. Likewise, some of these attacks could even push Kirby “against” the screen for a cute, albeit, useless effect. What wasn’t useless was the ability at certain points to ride a star between the foreground and background layers, allowing for occasional strokes of genius and an overall fuller sense to the game’s level designs that felt more Kirby than simply walking forward. The gyro features were fewer and farther between, using the tilt function to move a gondola along a track or position a weight over otherwise unbreakable blocks. 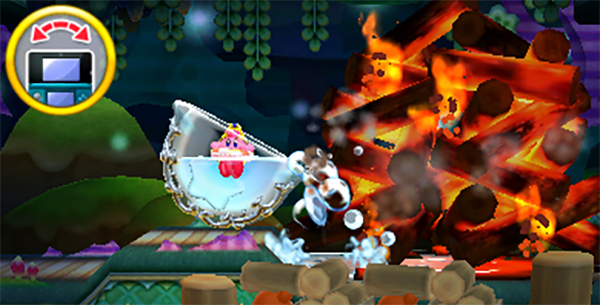 More rewarding was StreetPass. Triple Deluxe featured a collection of keychains that were most similar to Super Smash Bros. trophies. While they were only focused on Kirby, collection classic sprites across levels and sub-games was great for collectors, and via StreetPass you could gain even more. By passing another Triple Deluxe player, you could receive a keychain from their collection as well, making the process easier. Play coins could also be used, ensuring that even if you can’t StreetPass all that often you’d still be able to get ‘em all. 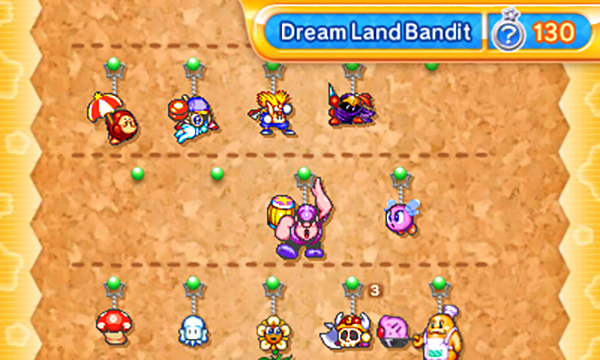 The Triple in the game’s title wasn’t just for show, as the two sub-games within offered some of the finest extra modes that series had seen in a while. Dedede’s Drum Dash put the King himself in the starring spot, serving as a surprisingly involved rhythm game atop large drums. By jumping and clapping along to the beat just right you’d be able to chart higher scores and unlock more songs. Kirby Fighters served as a mini, Kirby-centric, Smash Bros. inspired mode that pit various copy ability clad Kirbys against each other in combat. This one could be enjoyed via download play as well, making it a great multiplayer mode full of series wide callbacks via its stages and items. It’s telling how enjoyable and lasting these sub-games were as they received standalone releases in expanded forms via the 3DS eShop. Now anyone could enjoy the two, and owners of Triple Deluxe would receive special bonuses as well as the new additions to enjoy. 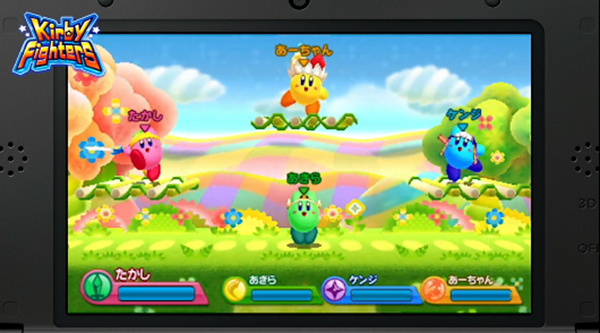 Once completed, the game had one last surprise in store alongside the customary Arena modes. While in the past there had been modes with a playable Meta Knight, Triple Deluxe graced as all with Dededetour. If the name doesn’t give it away, this was a special alternate take on the main game where you played exclusively as King Dedede himself through tweaked levels to accommodate his hammer-swinging abilities. I’d say this was a fantastic surprise addition alongside the game’s already impressive list of sub-games. With this, the Arenas, and the other sub-games I’d call it my most favorite collection of games within a Kirby game since Super Star.

Kirby Triple Deluxe may not have pushed the boundaries of the series, but as a complete package it’s one of the strongest entries in the series. As a pocket version of Return to Dream Land’s ideas and style, it succeeds and then some. I played this game for hours and hours, and with a full keychain collection alongside completion of every mode in the game, it’s clear that Nintendo got something right. Looking back at this game has me even more excited for Robobot, as I’m hopeful its additions and direction will be enough to progress the series while still highlighting what makes it so charming in the first place.