Impressions: Mario Kart Tour shows promise, but may crumble under its F2P weight

The following impressions are based on the beta build of Mario Kart Tour. At Nintendo’s request, no images or video content will be shared of our time with the game.

Over the past two or so years, I’ve become something of a gacha fiend. After being weaned into the concept via Fire Emblem Heroes, I’ve taken a spin at a number of mobile titles that employ Skinnerist monetization practices, from Granblue Fantasy to BanG Dream (that one’s, uh, not what it sounds like, I swear). Explaining the appeal of gacha to an outsider is difficult — isn’t it just a predatory model designed to nickel and dime you instead of providing content in a reasonable and fair manner? Which… it is, on some level. Yet beyond being a guiltily pleasurable vice, there are appeals to the genre — gacha games are quick to play, have consistent updates, can have very free-to-play friendly models (depending on the title), and I’d be lying if the little surge of dopamine I get from pulling another Hector (in Fire Emblem Heroes) isn’t gratifying on some level.

When Mario Kart Tour was announced, for whatever reason, I was under the assumption that whatever we would get would not fall into the gacha game purview. But upon booting up the Closed Beta and realizing that I was playing dice with the RNG gods once again, I felt almost stupid for thinking otherwise. Of course they’d do that. And, were the product solid, I wouldn’t bat an eye at it, assuming the gacha systems were implemented well. But, well…

As a mobile title, Mario Kart Tour is exactly what one would probably picture when the concept of a mobile Mario Kart is pitched to them — simplified, straightforward, and watered down. Acceleration is automatic, only asking for the player to turn/drift the Kart and fire off items if necessary. Races are shortened to two laps to take up only bite-sized chunks of your day. There’s a standard yet hefty supply of characters from the series to peruse from. As a game, it’s remarkable in its unremarkability — from a company known for the bold and daring comes a pretty cookie cutter experience. 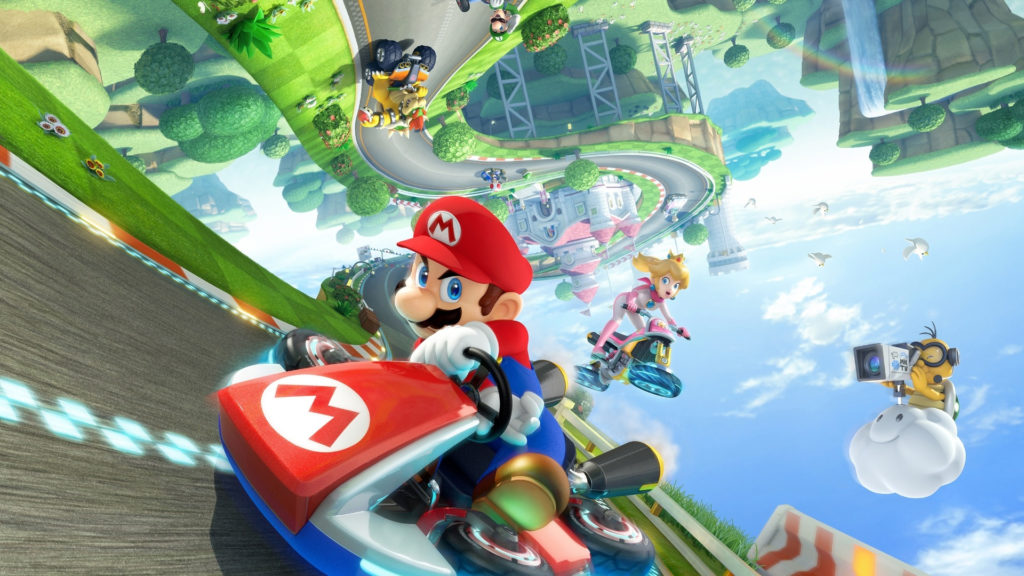 But whereas the likes of Super Mario Run was able to tinker with the home series and mobile formatting to create something new, and Fire Emblem Heroes was successful at distilling its central mechanics into a streamlined microcosm of the core games, Mario Kart Tour doesn’t really do either. The kart racing feels like a pale imitation of the real deal, neither iterating nor innovating upon ideas that the series has built up to this point. In fact, all the thought and nuance seems to be put into the system of monetization, which… well, let’s get to that in a second. We have to talk about how the game plays first.

The handling of Karts in the game is fairly good — the level of turning needed to slide into a drift is a bit fudgy at times, and there have been a couple occasions where I’ve fired off an item without meaning to, but hey, it’s a beta. The game runs quite smoothly and at a good resolution, with clean UI and services — if nothing else, Nintendo has definitely nailed the production value for games like these. Yet the races themselves feel… boring. Mario Kart has always resided at that comfortable intersection between skill and luck, being both more chaotically entertaining than a round of Smash Bros. and more technically manageable than a game of Mario Party. But here it feels somehow more shallow, less demanding. Maybe it’s just because I won nearly every race without trying. (At first I thought I was against other people, but they turned out to be AI utilizing other people’s setups? Also bizarre.) But I didn’t feel the usual tense thrills of a Mario Kart track — it was much more like a Sunday drive, just kind of plain and meandering. 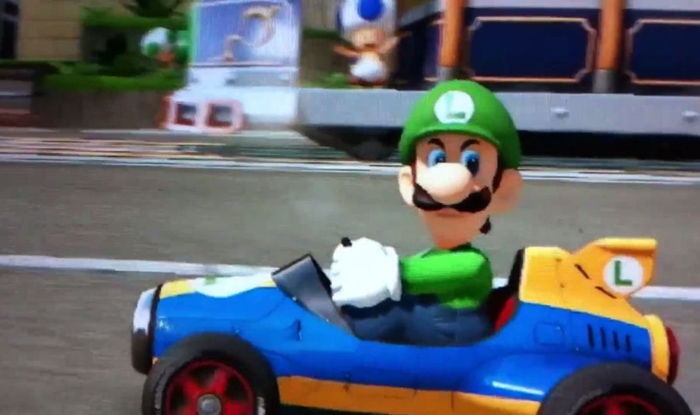 Pretty much everything — characters, items, karts, etc. — is taken from Mario Kart 8 or other games wholesale, with essentially nothing new added at all. It feels uncharacteristically lazy of Nintendo to pull an asset flip like this so brazenly, considering that they tend to put at least a little more effort into their mobile titles. Not to mention the characters feel fairly interchangeable — the only discernible difference (besides rarity, and with it, presumably aptitude) is that certain characters, karts, and gliders perform better on certain tracks. Luigi will tear up the dust in his Mansion, for instance. Other times the boost is more arbitrary. But why have these odd boosts (alongside a somewhat strange level up system) instead of actually different karts with tweaked statistics and clear advantages/disadvantages?

The answer to that question brings us back to the gacha. You pull for all three of the aforementioned things (characters, karts, gliders) from “The Pipe,” a truly foreboding name for system of delivering gacha goods if there ever was one. Even at a glance, The Pipe is set apart from fellow gacha systems by also being what’s known as a drawbox — a set lottery where you’re guaranteed a certain quantity of items within the full stock of the box (in this case, 100). Usually, drawboxes in gacha games are reserved for events, where they dispense a couple limited goods in small quantity as part of a greater pool of common yet useful drops. Typically, you can reset the contents of the drawbox (usually after pulling all of the limited rare items) to have another go at them – and thus is the case here, where you can reset The Pipe at any point after pulling on it once. Theoretically, if you manage to scrounge up enough of the premium currency (Emeralds), you are guaranteed to get the featured drops within 100 rolls. 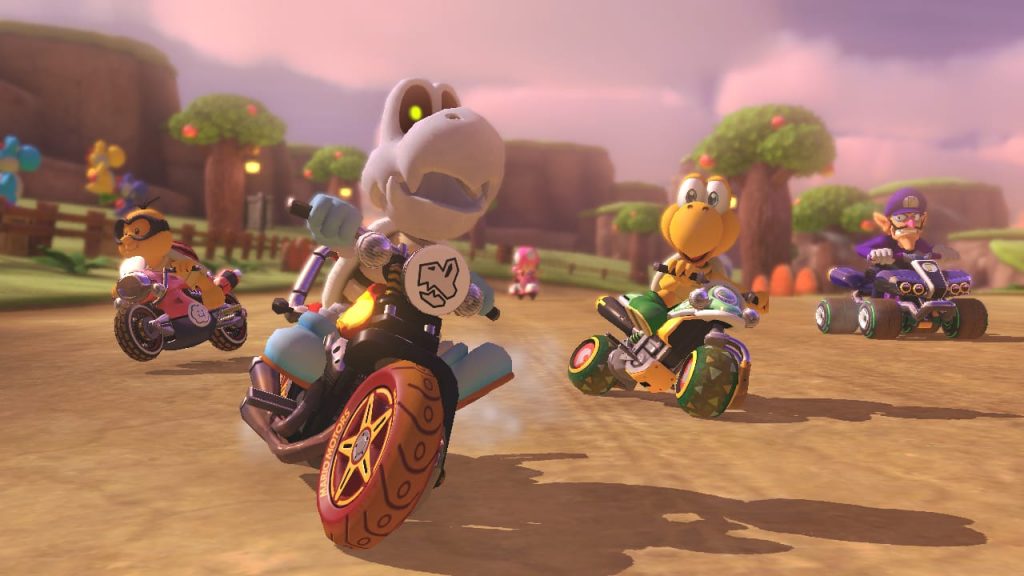 This is the first time I’ve seen such a bizarre combo of gacha and drawbox in a game, and corroborated with a gacha aficionado friend who has also never heard of such a scheme. The issue comes from the fact that, as she pointed out, you can very easily be encouraged to spend currency to burn through the box and get your guaranteed items, thus empowering pay-to-win mentality over free-to-play wallets. Combined with a stamina system that only gives you a few races to play at a time, and the game seems intent on making you pony up at some point — even though it’s the beta, and you can’t even spend money yet.

Perhaps the unusual gacha would be more excusable if the items you were pulling were more interesting and rewarding, but they don’t really feel that way. I managed to pull Yoshi (my favorite Mario character) and his cart very early on, and while I certainly appreciated using him over the others I’d acquired, it didn’t really feel like that tangible of a difference — especially since, again, all the art assets are reused. It filled me with a strange sense of pointlessness: the races aren’t particularly fun, pulling characters isn’t enticing, and it’s currently unclear what kind of content updates the game will receive going forward. For me, at least, there’s not much here to offer. 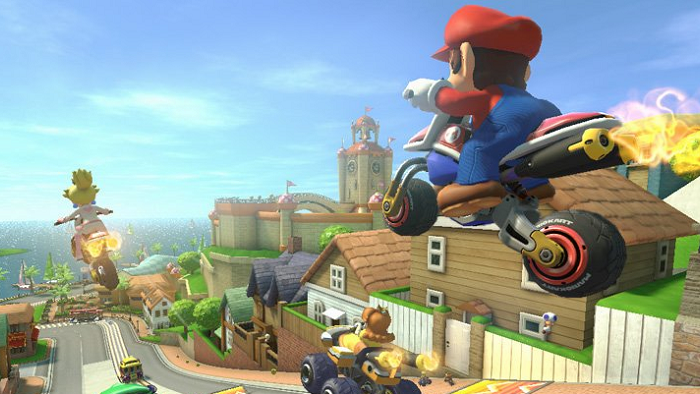 All of the above is exacerbated by the unignorable fact that you can play Mario Kart 8 Deluxe on your Switch if you’re really itching for a handheld Mario Kart experience, and it’s pretty much superior in every conceivable way. Controls, options, customizability, and respect for your wallet — it has it all in spades, and in comparison, Tour just feels lacking. Every other Nintendo release on mobile so far has felt worthwhile to some degree, but this is the first time I’ve felt truly disengaged with one of their phone titles.

Also, there’s the fact that while trying to boot up the game and double check some stuff for the impressions, it wouldn’t start. But, y’know. Beta.

Obviously we’re not at full release yet, and it’s currently up in the air as to how much of the current models will be in the full game. But I have a feeling that the actual implementation of monetization won’t make things much better. As a mobile title, Mario Kart Tour represents the quintessence of what gacha detractors have badmouthed the genre as for years: a meek imitator of the real thing designed more for you to put coins in a slot than to actually have fun on the racetrack.