UPDATE: Nintendo of America has announced via Twitter that Mario Tennis: Ultra Smash will be released on November 20th.

There’s a long lineage of sports video games being rebuilt to fit within the confines of the Mushroom Kingdom, mostly all starring Mario and his collective group of friends. While there were original video games for the Nintendo Entertainment System simply titled Golf and Tennis, the titles eventually added Mario’s name to them in order to differentiate them from standard sports games. Mario’s Tennis, while not the first Tennis game on a Nintendo console, was the first to star Nintendo’s leading mascot when it debuted on the Virtual Boy in 1995.

Several Mario Tennis titles have released since that iconic Virtual Boy title, with another one on the way later this year for the Wii U, titled Mario Tennis: Ultra Smash. This will be first new Mario Tennis game to be released on a home console since Mario Power Tennis on the GameCube in 2004. While it’s been a while since Nintendo home console owners have had a Mario Tennis game to play, Ultra Smash is shaping up to reclaim its spot among Mario sport titles and introduce a whole new generation of gamers to what tennis is like in the Mushroom Kingdom. 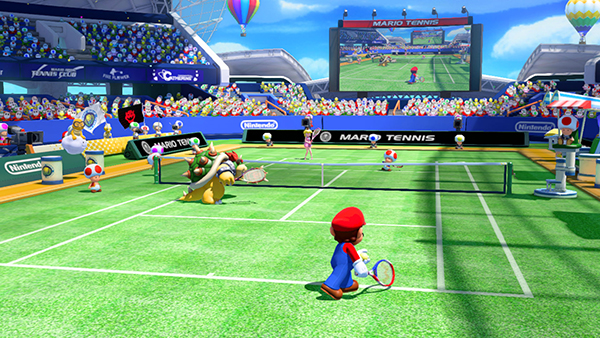 Playing Ultra Smash felt incredibly familiar immediately, whether it was because of previous Mario Tennis experience or the tennis portion of Wii Sports. The basic concept was easy to grasp, but once the game actually got started and some serves were made, the learning curve spiked dramatically. The controls were fine and the core gameplay mechanics were spot on, but the actual movement of the tennis ball and the tennis aspect of it didn’t feel as intuitive as they should. The most difficult part of learning to play Ultra Smash was trying to gauge the depth of the ball, especially when playing as the character in the backcourt. The depth perception was off, in a way that made feeling confident in the controls almost impossible. By the end of the match, judging depth and movement was a lot easier, but the frustration involved to get over that hump was quite intimidating.

The new power-ups in the game were a lot of fun, with the Mega Mushroom being the focus of the demo. Grabbing one of those mushrooms made the characters grow instantly, and when it was Bowser who benefitted from the power-up, he would almost completely take up the entire half of the tennis court. While it is meant as an instant boost and helpful item, it’s almost a guaranteed point or two for getting one. In a hotly contested match, the Mega Mushroom could easily be the deciding factor. 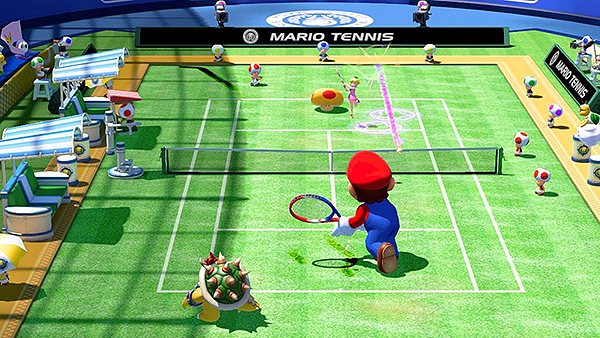 Mario Tennis: Ultra Smash’s controls and gameplay worked as they should, and seeing familiar character with a vaguely familiar game was promising for the upcoming title for the Wii U. The learning curve and frustrations involved with figuring out how to correctly judge the depth of the tennis ball could easily be a deterrent for some gamers, but once it clicks, it was actually a really fun game. Hopefully Ultra Smash gets tightened up and polished before its release sometime later this year.