Preservation is a prickly subject; you can’t swing a dead console over your head without hitting someone who has a fierce opinion on the matter, whether that be physical preservation purists, emulation aficionados, or someone somewhere in-between. Recent events in the games industry over the past few months have brought this age-old issue to the forefront of my mind, and I just can’t stop thinking about it.

For those unaware, Sony recently announced that the digital PlayStation Stores on PSP, PS Vita, and PlayStation 3 would be shutting down by the summer. Now, they’ve since pulled a sharp about-face on the matter, however the fact still remains that the gaming market as a whole was on the brink of losing one of its more robust collections of classic and indie titles. This wouldn’t have negatively affected ownership of already-purchased digital games – at least, not at first – but it would have made all currently-available digital games on those platforms unpurchasable, essentially rendering them inaccessible to new players. We’ve seen this sort of thing happen before with Nintendo when they shut down the Wii’s Shop Channel, and while it seems like a sad inevitably of the digital era, the event of a loss of purchasability isn’t even the biggest problem that this particular fiasco would have created.

The truly frightening issue was discovered shortly after Sony’s announcement: The PS3’s digital rights licenses have an expiration date, and it’s different for each person.

The other console war

Without getting too technical, each PS3 has a small battery on its motherboard that essentially powers the system’s digital rights database. When that battery dies, the only way for the system to confirm ownership of a digital game or DLC is by connecting to the PlayStation Store and confirming the software owner’s rights. With the online store planned to shut down this summer and no fail-safe in place, the clock was officially ticking for every digital PS3 game in existence. Thankfully, physical PS3 games would have still worked on the original hardware, but their DLC and updates would have been in limbo until Sony handled the fallout from this potential digital rights conundrum. 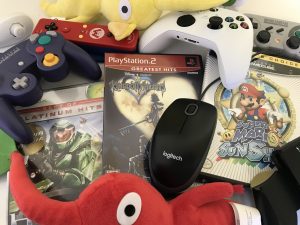 Physical preservation purists may have seen these turn of events as a chance to reiterate the importance of physical media, which is indeed a fair and valid point considering the semi-permanence of hard copies. However, just like digital rights, the idea of physical preservation has been in question more and more over the past few years. Gone are the days of every game launching as a complete product, with many games at the very least requiring a day one update, and many others having their files only partially-dumped on the disk or cartridge.

Not only are these more modern forms of gaming file storage becoming less consistent in terms of ownership and data integrity, but games as recent as the early ‘00s are now becoming potentially unstable due to the increasing chance of disk rot in older and cheaply-made disks. While cartridges will seemingly outlive the pyramids, disks most certainly will not.

Digital games have always been a gray area for ownership and preservation, but the further we get from the end of the Nintendo 3DS’ life, (which, excluding DLC add-ons, was the last gaming platform standing to have every physical game’s launch content dumped entirely on its respective cartridge) the more the idea of physical game preservation becomes just as gray.

So, where does this leave us? If we’re rapidly hurtling toward an all-digital future, and what’s left of physical games media is becoming strictly ceremonial at best, how do we preserve our favorite games for future generations to enjoy? I feel the responsibility for this falls squarely on the shoulders of the platform holders, and not simply in the form of re-releases and remakes. While those types of releases are helpful in preserving a game by making the title more readily available on modern platforms and moving the game’s expiration date forward by a few years, such means of preservation aren’t easy to maintain and certainly aren’t the most consumer-friendly. 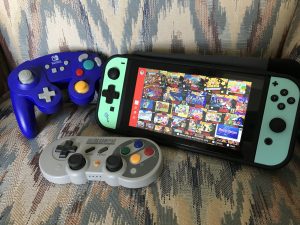 For an example of the pitfalls of this possible solution, you need look no further than Nintendo’s upcoming remaster of The Legend of Zelda: Skyward Sword. Regardless of the discourse surrounding its launch and pricing, it’s likely to be a fantastic and faithful port. It will make an enhanced version of a Nintendo classic fully playable on the company’s latest hardware, and hopefully physically preserve it by releasing fully-installed on a Switch game cart. Its longterm preservation, however, is still very much in question. Outside of the finite number of physical copies that will become exorbitantly-priced collectors’ items one day, what will happen to the digital version when the Switch eShop inevitably shuts down in 10 to 15 years? That potential disappearance of the game’s digital release is where I feel curation by the platform creator needs to step in, and to each of the Big Three’s credit, they’re all seemingly working toward that in their own way.

As it stands, I can walk up to my entertainment center where my Xbox One sits, insert my physical copy of the 13-year-old (and criminally-underrated) JRPG Infinite Undiscovery, and play it to my heart’s content. That sort of backward-compatibility doesn’t just apply to my physical games, either; many of my digital games from the Xbox Live Arcade-era are available to download and play on my current hardware over a decade later.

Sony and Nintendo, on the other hand, have begun to move in the right direction, yet are thus far a bit half-hearted in their efforts outside of remasters. Sony offers a fair chunk of its back-catalog via the less-than-stellar PS Now service, and Nintendo has begun dipping its toes in the water with the NES and SNES apps available with a Nintendo Switch Online subscription.

There’s hope on the horizon for curated and sustained preservation, but it’s still a long way off from being a reality, and there are still many “ifs” left on the table once those forms of preservation do finally mature. For example: What will become of limited release titles such as Super Mario 3D All Stars? Where will third-party games end up? And most importantly, how will indie developers (who don’t have piles of gold to swim in) keep their titles preserved?

With all those variables laid out and so many more to consider, it’s hard to fault fan-led preservation efforts via homebrew and emulation. Now, I won’t dare comment on the legality or ethics of those preservation methods, as that’s a discussion all its own. I will however say that even their efforts, while commendable, are not a permanent solution either. Fan-led preservation will always be one DMCA lawsuit or database hack away from poofing out of existence at any given moment, and that’s almost more frightening than not having any way to preserve a game at all.

What about right now

In the murky waters of preservation, digital distribution, and emulation, one thing is abundantly clear: With physical gaming on its way out, we’re essentially entering a new Wild West of sorts for game preservation, and just like the industry at large, I don’t really have a definitive solution to offer outside of first-party curation initiatives.

The idea of eventually losing a game is a scary one, and there are multiple games in my personal collection that are as precious to me as any family heirloom or sentimental trinket. In the absence of a definitive and legitimate way to preserve the games we love, it’s up to us to take care of what we have in the best ways we can manage. So support official preservation initiatives when you can, legally backup your games if you feel more secure in doing so, or do as I’ve done with the Kingdom Hearts series and purchase an extra copy to squirrel away in case of a loss of your digital licenses.

Whatever you do, make sure to enjoy your games while you can, because just like a family photo or childhood toy, the joy of having experienced the game and the memories we had with it are far more important than our ability to keep it forever.