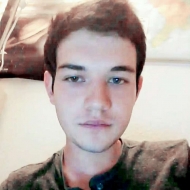 Daniel Dell-Cornejo
Daniel is an editor at Nintendo Wire. Always with his head in the clouds, he is never apart from his creative thoughts – a blessing for an aspiring fiction writer. As a journalist and lifelong gamer, he aims to provide readers with the very best in Nintendo coverage.
This user account status is Approved
About About
Posts Posts
Comments Comments
Collection Collection
Forums Forums

Daniel is a gaming journalist working from Los Angeles, California. He has a BA in journalism from California State University, Northridge, and has worked for Nintendo Wire since 2015. Previously, he was a reporter at his college newspaper, The Sundial, as well as a regular writer for publications like WeeklyGravy, ThumbThrone, Ladyclever, and The Inquisitr.

Daniel joined Nintendo Wire as a reporter, eventually becoming an editor in 2016. As an editor, his role includes fact-checking writers’ pieces, reviewing their work for journalistic quality and integrity, assembling creative assets, and publishing articles. He also functions as the Nintendo Wire site’s SEO manager, does writing and reporting of his own, runs the company’s Instagram, and helps manage its Twitter, as needed.

Having grown up in the Central California boonies, Daniel relocated to the San Fernando Valley to pursue his degree. After graduating, Daniel now spends his days working as a SEO content specialist at a search marketing agency. When he isn't building and editing awe-inspiring articles for Nintendo Wire, he spends his free time writing fiction and playing video games when he can. A journalist at his core, he loves the opportunity to do what he knows well: delivering quality, accurate news directly to readers.

Nintendo has played a significant role in Daniel’s life since his childhood. He warmly remembers playing Super Smash Bros. and Mario Kart 64 on his cousin’s Nintendo 64 -- a console he only dreamed of owning as a kid. Today, Daniel finds himself an avid gamer with a collection spanning multiple Nintendo consoles. While the Animal Crossing, Super Smash Bros. and Pokémon series all have a special place in his heart, The Legend of Zelda remains his all-time favorite Nintendo franchise.